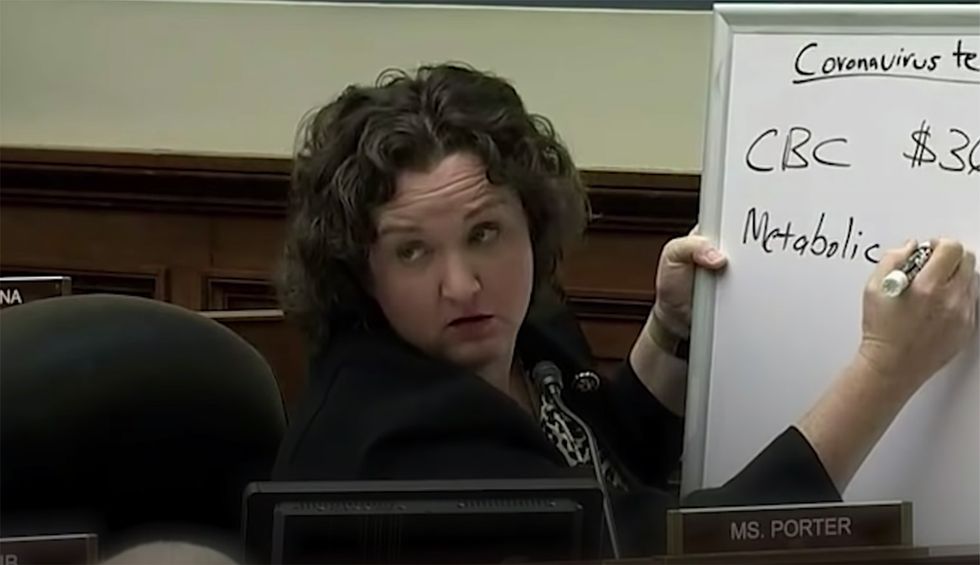 There has been a steady call for Postmaster General Louis DeJoy to explain the troubling dismantling of our U.S. Postal Service infrastructure just a couple of months before our country will likely attempt to vote-by-mail en masse for our presidential election. Over the weekend, Speaker of the House Nancy Pelosi announced she would be bringing Congress back into session almost a month early to deal with Trump’s newest attack on the Democratic process, by pushign for legislation adding an emergency $25 billion to the USPS. On Monday, Postmaster General Dejoy and Chairman of the U.S. Postal Service Board of Governors Robert M. Duncan agreed to testify before a House Oversight Committee on Monday, Aug. 24.

Rep. Katie Porter was happy to hear the news, tweeting: “I hope the Postmaster General comes prepared. I know I will.” The rest of the civilized world was happy to hear that Rep. Porter was happy because American citizens demand answers and accountability for treasonous corruption and Rep. Katie Porter has shown herself to be a very serious person when it comes to asking the hard questions and demanding difficult answers out of many powerful people. Maybe Rep. Porter can ask Mr. DeJoy about the various “unintended consequences” of his actions as postmaster general, and why they were “necessary.”

The world let Rep. Porter know how happy they were.

@RepKatiePorter I am completely serious about this-- just about everyone should plan on donating their time to Katie Porter.
— Brian Tyler Cohen (@Brian Tyler Cohen)1597691087.0

I cannot argue with that logic.

But there were people who did want to offer some kind advice to Mr. DeJoy.

@RepKatiePorter I will tune in as well because I trust you to unleash hell on him. Go get him girl. https://t.co/gwzztS5Fnh
— MusicMakesMe (@MusicMakesMe)1597686880.0

Once again, a reminder: The postmaster general can be indicted, impeached, and removed.