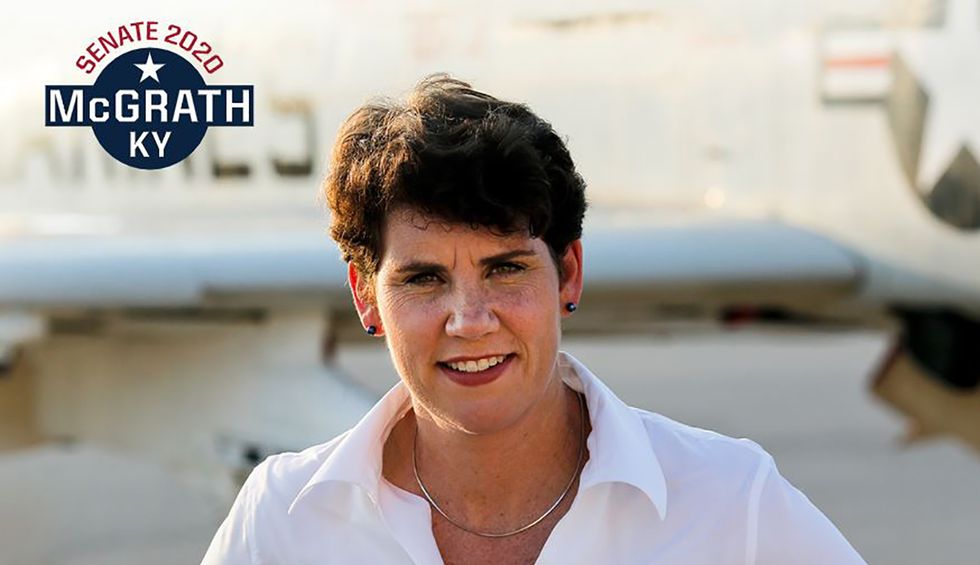 Although some incumbent GOP senators have been trailing their Democratic challengers in recent polls — including Arizona’s Martha McSally, Colorado’s Cory Gardner and Maine’s Susan Collins — Senate Majority Leader Mitch McConnell is not one of them. A Quinnipiac poll released on August 6 found McConnell leading Amy McGrath, his Democratic opponent in Kentucky’s U.S. Senate race, by 5%. But 5% is within striking distance, and McConnell has responded to his competitor by challenging her to a “socially distanced, Lincoln-Douglas style debate” with “no notes at the table, no props and no audience.”

In challenging McGrath to a debate, McConnell stressed that the coronavirus pandemic should not prevent them from debating the issues.

“While the coronavirus campaign has changed how we campaign in 2020, it is my view that any plans to hold in-person debates between the two of us should not be impacted,” McConnell told McGrath in a letter. “Before casting their ballots this November, Kentuckians deserve the opportunity to compare us side-by-side as we share out competing visions for Kentucky's long-term prosperity.”

McConnell, who was first elected to the U.S. Senate via Kentucky in 1984, went on to tell McGrath that the “Lincoln-Douglas-style debate” he envisioned would include “a time-keeping moderator agreed upon by each of us. This would be a debate just between the two of us.”

The historic Lincoln-Douglas Debates were a series of seven debates held in 1858, when Republican Abraham Lincoln and incumbent Democratic Sen. Stephen A. Douglas competed for a U.S. Senate seat in Illinois. Lincoln, a former member of the Whig Party, went on to defeat Douglas in the presidential election of 1860 and became the United States’ first Republican president.

Although a Morning Consult poll released in early August found McConnell leading McGrath by 17%, other recent polls have been much closer — including the abovementioned Quinnipiac poll and a Bluegrass Data Analytics poll that found her trailing the Senate majority leader by only 3%.