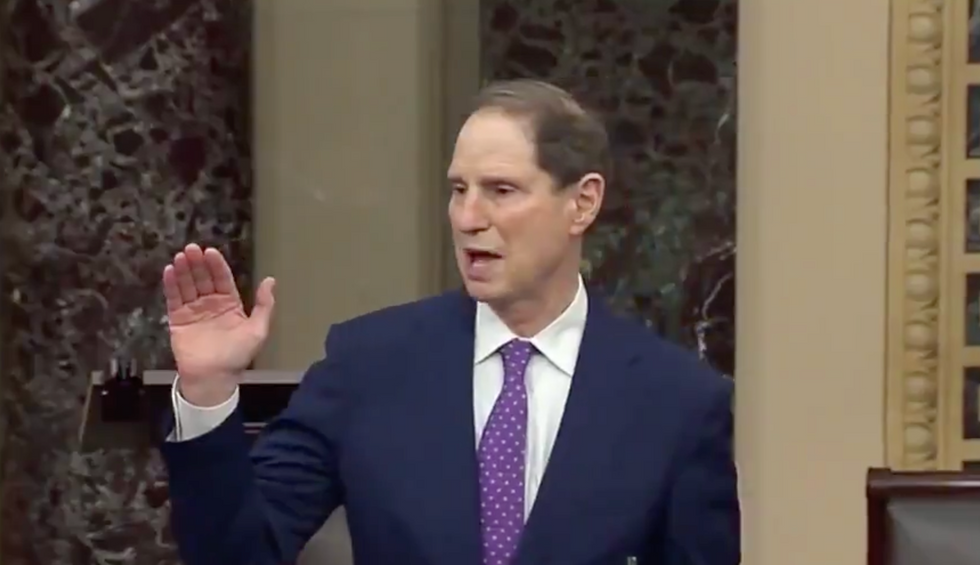 Sen. Ron Wyden and Rep. Raúl Grijalva on Tuesday alleged a "cover-up" and demanded a criminal perjury probe into the Interior Department's top lawyer after an inspector general report concluded that political appointees at the agency withheld documents about Secretary David Bernhardt during his Senate confirmation process last year.

In a joint statement, Wyden and Grijalva called on the Justice Department to open a criminal investigation into Interior solicitor Daniel Jorjani, a former Koch brothers adviser who told the Senate last May that he did not personally review or make determinations about public information requests. Interior Department policy gives political appointees the authority to screen records requests before their release to the public.

"Not since the Teapot Dome scandal have we seen a more corrupt Interior Department," said Wyden and Grijalva, referring to a scandal from the 1920s that ultimately led to the imprisonment of then-Interior Secretary Albert Fall for accepting oil industry bribes.

"Officials at Interior are now on the record admitting what we suspected all along: they orchestrated a cover-up to protect Secretary Bernhardt during his confirmation, and all but lied to Congress about it," the lawmakers added.

The seven-page IG report states that following Bernhardt's nomination in February of last year, then-Counselor to the Secretary Hubbel Relat instructed Interior staffers "to temporarily withhold documents related to Bernhardt from a release of FOIA documents" scheduled to take place under a court order.

"As a result of Relat's direction, 253 pages were withheld from the DOI's February 2019 release," the IG report notes. "The DOI ultimately released most of the 253 pages in December 2019, seven months after Bernhardt was confirmed."

One Interior Department lawyer "remembered that this direction from Relat was to remain in place until after Bernhardt's confirmation," the IG report says. "Jorjani told us that, as the DOI's top attorney, he owned the decision, not Relat."

In a tweet Monday, Grijalva wrote that the IG's findings warrant a criminal probe "because officials who violate the public trust and break the law must be held accountable."

"Political appointees at Interior put their ideologically-based personal interests over the interests of the American people," said Grijalva.