'If this is Big Brother, he’s not that impressive': Legal expert slams Trump administration over DHS intel report ordered on him 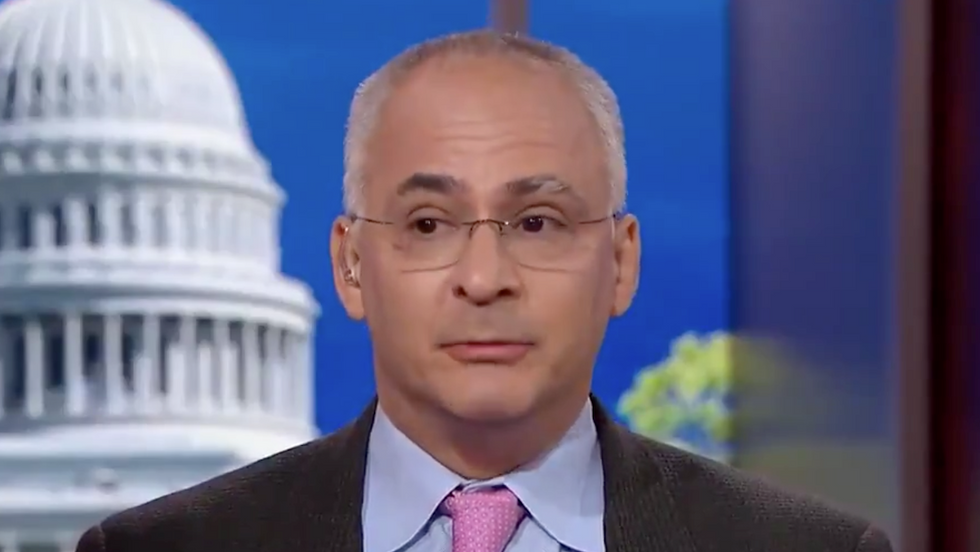 The U.S. Department of Homeland Security recently drew sharp criticism from civil libertarians after the Washington Post reported that the DHS’ Office of Intelligence and Analysis had issued reports on legal expert/journalist Benjamin Wittes and the New York Times’ Mike Baker. Because of the controversy, Acting DHS Secretary Chad Wolf ordered the DHS I&A to quit gathering information on members of the press. Wittes, known for his articles for The Atlantic and his appearances on CNN and MSNBC, discusses the incident in an article for his Lawfare website — posing the question: what if the late FBI Director J. Edgar Hoover had been an idiot?

Wittes explains, “It was on the ninth day of the Trump presidency, writing in response to the new president’s new travel ban executive order, that I coined the phrase ‘malevolence tempered by incompetence.’ I never imagined, in doing so, that the phrase might aptly describe the Trump Administration’s behavior towards me personally. Yet contemplating the Washington Post’s revelation that the Department of Homeland Security Office of Intelligence and Analysis (DHS I&A) issued two intelligence reports about tweets I had written, I can’t help but think that this is what J. Edgar Hoover’s abuses of power might have looked like had Twitter existed in Hoover’s time — and had Hoover been a total idiot.”

Hoover was many things — heavy-handed, authoritarian, quick to assume the worst about civil rights activists in the 1950s and 1960s — but as Wittes notes, he wasn’t an idiot. However, DHS’ decision to target him and a Times journalist for a report, Wittes stresses, was downright amateurish.

“The collection and reporting on me is so trivial — and so dumb — that it can be hard to stop giggling and see the menace,” Wittes writes. “Consider, DHS issued two intelligence reports, noting the shocking fact that I had tweeted things — a fact evident to all of my Twitter followers. The reports added no analysis of any kind. They didn’t mention what this had to do with anything a law enforcement or intelligence officer might find important. If this is Big Brother, he’s not all that impressive.”

Wittes goes on to describe his “adventure as a DHS intelligence subject” and how it came about. In July, the legal expert explains, he tweeted about DHS, its activities surrounding the George Floyd protests in Portland, Oregon and an internal DHS memo.

Internal memo from DHS I&A complaining about leaks to @lawfareblog and @shaneharris (neither by name) and insisting… https://t.co/ceoRfovy4S
— Benjamin Wittes (@Benjamin Wittes) 1595638900.0

Wittes writes, “To be clear, there is nothing — at least not in my view — wrong with DHS sharing my tweets internally within the government. I write in order for people to read my thoughts, and that includes law enforcement and intelligence officials, along with hundreds of thousands of others…. But the idea that this is useful open source intelligence is just goofy.”

The legal expert wraps up his article by wondering if anyone else in the media has been the subject of an inappropriate DHS intel report.

“If all this could go wrong with my two tweets,” Wittes writes, “where else are similar abuses taking place less stupidly and more menacingly. And how much more harmful have the abuses been in those other situations?”