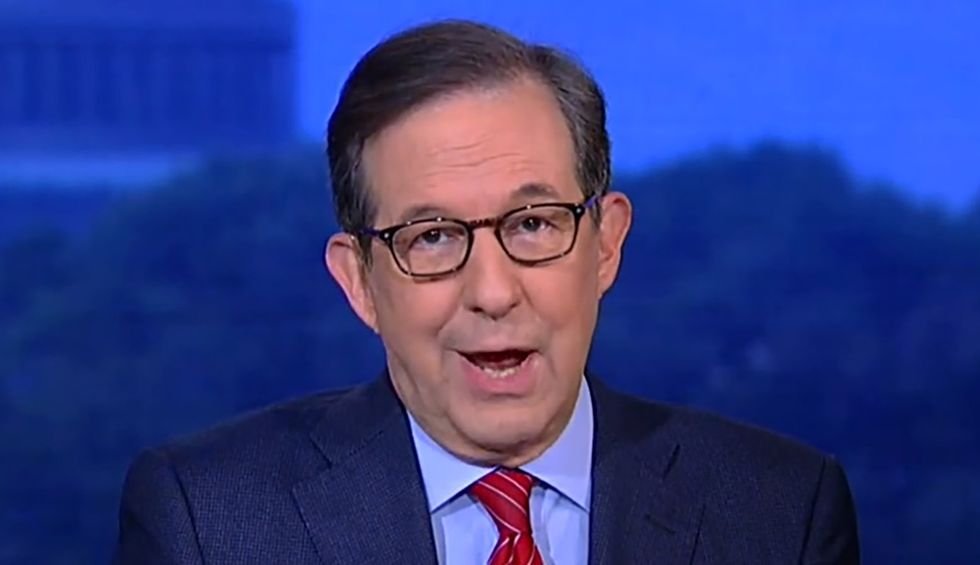 Fox News anchor Chris Wallace, the face of the conservative cable network, decimated President Donald Trump's Thursday night renomination acceptance speech both for its delivery and for holding the Republican National Convention at the White House while taking no protections against the coronavirus.

Glossing over that the RNC and Trump campaign had "Trump 2020" spelled out in fireworks over the National Mall, Wallace said, "there certainly were impressive fireworks on the mall but I have to say I was surprised at the lack of fireworks in the President's speech tonight."

"First of all, it was far too long. 70 minutes exactly," he lamented. "And I thought at times it felt more like a State of the Union speech, like a campaign speech. The President went through all of his accomplishments during his first term and there are a great number and they are considerable, and then, as you say, he went after Joe Biden and he had some good lines," Wallace said, before enumerating a few.

"But I have to say, in his delivery again I thought the president who – we've seen really turned on a crowd – was surprisingly flat and and didn't seem to have the bite, that, that he usually does have in his speeches. I agree with you he laid out an ambitious plan for a second term," Wallace said.

"One other thing we have to point out and that is the event itself, the fact that there were 2000 people in close quarters on the South Lawn there, with no, seemingly very few of them, with masks, no social distancing, ignoring all of the public health recommendations. I suspect that's going to get a lot of comment in the next few days."

Wallace: There certainly was impressive fireworks on the mall but I have to say I was surprised by the lack of fireworks in the President’s speech tonight pic.twitter.com/fR4aAo0Xnj