Florida sheriff announces ban on protective face masks for deputies and visitors as COVID-19 ravages his state: 'Not up for discussion' 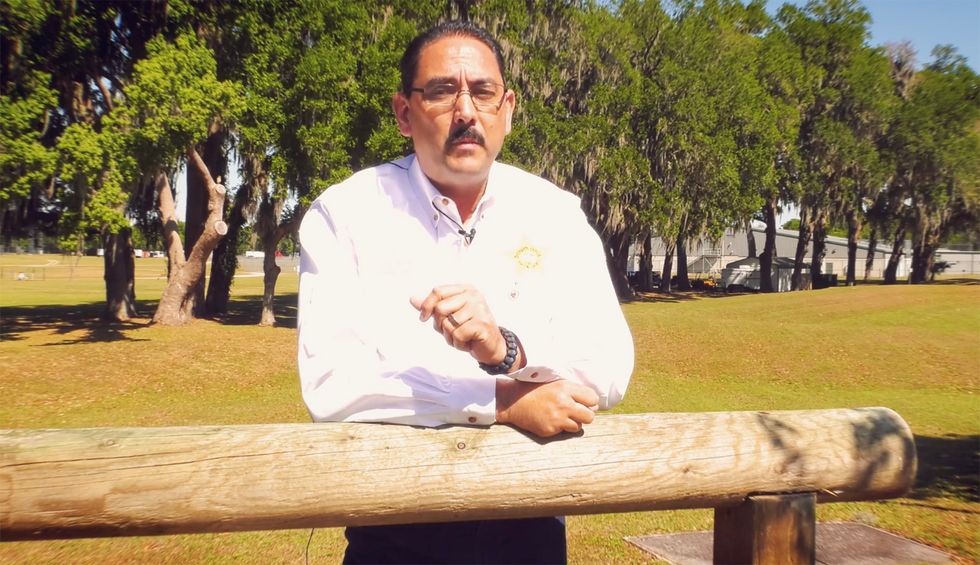 Florida is among the Sun Belt states that has suffered the most from the coronavirus pandemic: more than 8600 Florida residents, according to the Washington Post, have died from COVID-19, including 217 on Tuesday, August 11 alone. But it was also on August 11 that Billy Woods, sheriff of Marion County, Florida, announced that his deputies would be forbidden to wear protective face masks at work.

Woods’ policy stands in stark contrast to other law enforcement agencies in the United States. Police officers have been ordered to wear face masks on the job in New York City, Philadelphia and other major cities, and many police departments have strongly suggested wearing them but haven’t made them mandatory.

In Marion County, not everyone shares Woods’ anti-mask views. The city council in Ocala, Florida (which is in Marion County) recently passed a mask order, but Mayor Kent Guinn — a Republican — vetoed it and noted that Ocala Police Chief Greg Graham refused to enforce it. The Ocala City Council is considering overriding Guinn’s veto.

Guinn told a local radio station, Sky 97.3 FM, “My chief and I have talked about it. We will never write a fine. We’re just not going to do it.”

Woods’ order also applies to people visiting Ocala County Sheriff’s Department buildings, where visitors will be asked to remove masks in the lobbies. In his e-mail, Woods wrote, “In light of the current events when it comes to the sentiment and/or hatred toward law enforcement in our country today, this is being done to ensure there is clear communication and for identification purposes of any individual walking into a lobby.”

The sheriff also wrote, “This is no longer a debate; nor is it up for discussion. Please keep in mind this entire pandemic is fluid and constantly changing the way things are done. However, my orders will be followed, or my actions will be swift to address.”