Arizona Republic columnist mocks mailer urging state Republicans to vote by mail in defiance of Trump: 'What’s a GOP voter to do?' 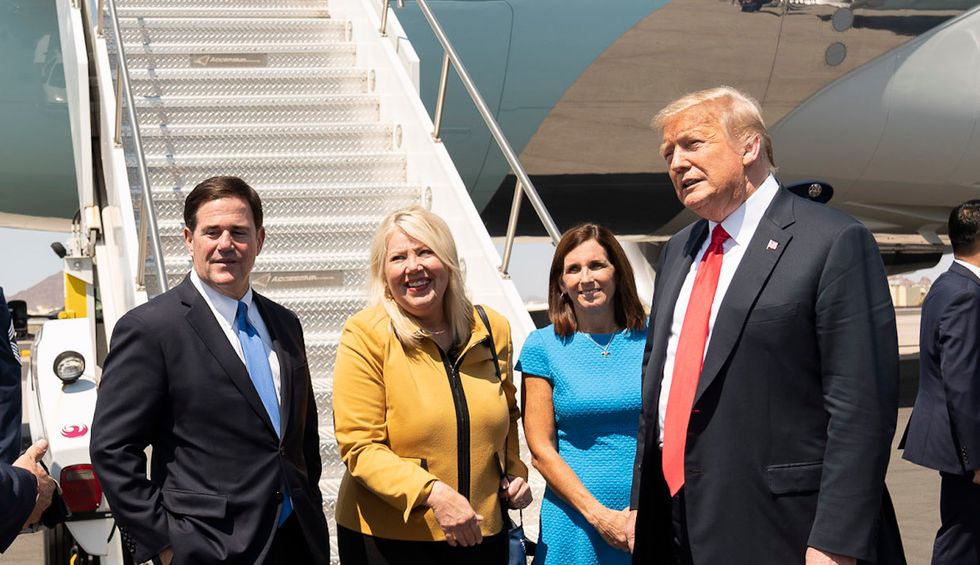 For months, President Donald Trump has railed against mail-in voting and made the baseless claim that it encourages voter fraud. But the Arizona Republican Party, according to Arizona Republic opinion columnist E.J. Montini, has been “sending out mailers asking Republicans here to vote by mail.”

“Trump has proclaimed that mail-in ballots are rife with fraud, and he is attempting to dismantle the ability of the U.S. Postal Service to handle ballots in November,” Montini explains in his column. “On the other hand, he has requested a mail-in ballot for himself and his wife…. (And) he — by way of the state GOP — is urging Arizona Republicans to vote by mail. What’s a GOP voter to do?”

The Republican Party has a long history of encouraging voting by mail; in many past elections, absentee ballots tended to favor GOP candidates. Trump’s disdain for mail-in voting — at least in states with Democratic governors — is clearly a departure from conservatism of the past. But Trump doesn’t seem to mind mail-in voting in Florida or Arizona, both of which have Republican governors.

“Right now,” Montini argues, “even the old adage that goes ‘do as I say, not as I do’ doesn’t apply — because Trump is doing and saying both things. He’s saying mail-in ballots are bad, yet urging Republicans to vote by mail. And he’s requesting a mail-in ballot for himself.”

Trump has admitted that he is undermining the U.S. Postal Service in the hope of discouraging voting by mail, which many of his critics have denounced as an example of his corruption and a blatant attempt to steal the 2020 presidential election from former Vice President Joe Biden. And Montini concludes his column by urging Republicans in Congress to show some courage and stand up for the Postal Service.

“How about Arizona Republicans not only request their mail-in ballots, but contact their spineless representatives in Congress and have them urge the president to quit messing with the Postal Service?,” Montini writes. “Otherwise, the president and his chicken-hearted sycophants in Congress will be undermining the very system that put most of them in office — and, in the process, suppressing the votes of all those Republicans in Arizona who were urged to get mail-in ballots.”