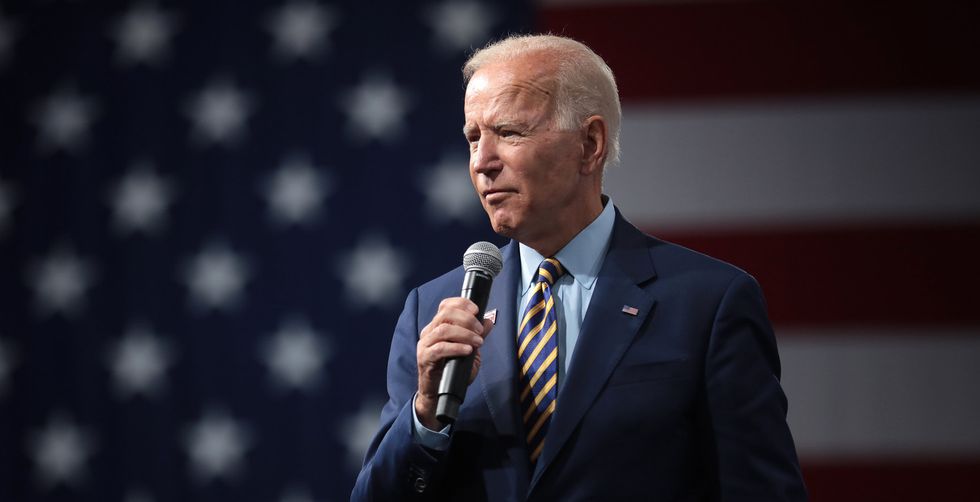 Although President Donald Trump and some of his sycophants at Fox News are claiming that former Vice President Joe Biden is running a “radical left” campaign, the truth is that a fair amount of conservatives are supporting this year’s Democratic presidential nominee. This includes members of the Lincoln Project and former Ohio Gov. John Kasich (who spoke at this year’s Democratic National Convention). Some on the right are opposing Trump and supporting Biden based on national security concerns, as a long list of Republicans and former Republicans who signed a statement from the group Defending Democracy Together shows.

The list included national security officials who served in the Republican administrations of Ronald Reagan, George H.W. Bush or George W. Bush. Some are ex-members of Congress who were known for their focus on national security. CIA Director Michael Hayden, former Secretary of State James Kelly and former Defense Secretary Ken Krieg. Miles Taylor, who formerly served as Homeland Security chief of staff under Trump but is now supporting Biden, signed the statement as well.

The statement lays out ten reasons why the former security officials believe Trump should be voted out of office in November and replaced with Biden in January. They allege that Trump "has gravely damaged America’s role as a world leader," that he has "disparaged our armed forces, intelligence agencies and diplomats," and "shown that he is unfit to lead during a national crisis.”

“Trump has disgraced America’s global reputation and undermined our nation’s moral and diplomatic influence,” the statement reads. “He has called NATO ‘obsolete,’ branded Europe a ‘foe,’ mocked the leaders of America’s closest friends, and threatened to terminate longstanding U.S. alliances. Other global leaders, friends and foes alike, view him as unreliable, unstable and unworthy of respect.”

The former security officials also state that they are opposing Trump because he “has undermined the rule of law,” “divided our nation and preached a dark and pessimistic view of America,” “attacked and vilified immigrants to our country” and “dishonored the office of the presidency.” In addition, they argue that Trump “has undermined the rule of law,” “aligned himself with dictators and failed to stand up for American values” and “imperiled America’s security by mismanaging his national security team.”

“Trump has compromised the independence of the Department of Justice, repeatedly attacked federal judges and punished government officials who have sought to uphold the law,” the statement says. “To protect himself from accountability, he has fired officials who launched investigations or testified against him, threatened whistleblowers, dangled pardons as incentives to stay silent, and blocked prison time for a political crony convicted of lying on his behalf. He has impugned journalists investigating his misconduct and has repeatedly denounced the press as the ‘enemy of the people.’”

The statement goes on to explain why they believe that Biden — if he wins in November — would be preferable from a national security standpoint.

“We believe Joe Biden has the character, experience and temperament to lead this nation,” the former security officials state. “We believe he will restore the dignity of the presidency, bring Americans together, reassert America’s role as a global leader and inspire our nation to live up to its ideals. While some of us hold policy positions that differ from those of Joe Biden and his party, the time to debate those policy differences will come later. For now, it is imperative that we stop Trump’s assault on our nation’s values and institutions and reinstate the moral foundations of our democracy.”