Trump's new excuse on not releasing his taxes is 'completely meaningless' and may not even be in English: CNN's Toobin 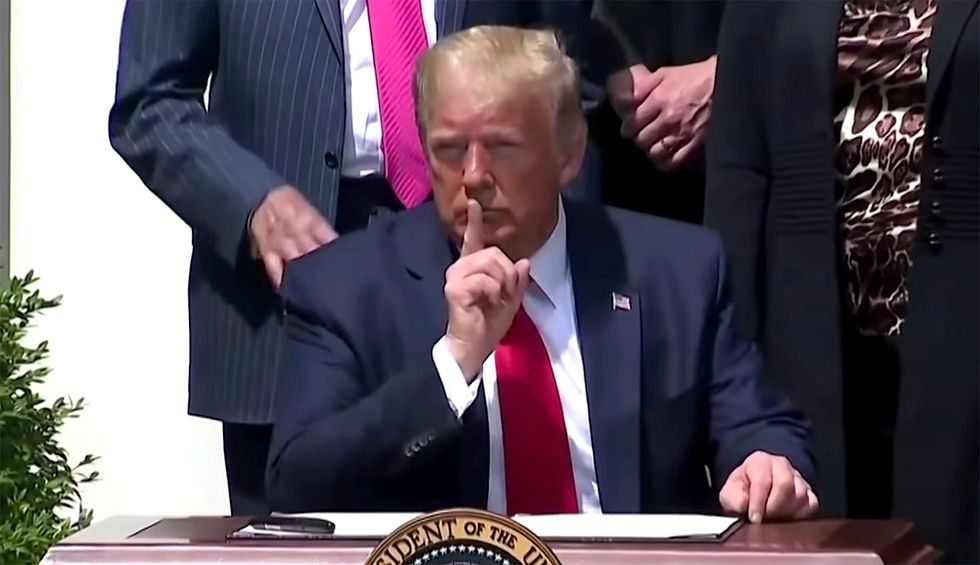 CNN's Jeffrey Toobin on Friday found himself flabbergasted by President Donald Trump's new excuse for not releasing his tax returns, and he questioned whether the president was even speaking English when he made it.

During a CNN panel discussion, Toobin was shown a clip of Trump talking about releasing his tax returns during an interview with Fox News' Sean Hannity.

"I'm under tax audit, I have been for a long period of time," the president told Hannity. "Once I ran for politics that deal was like we didn't make it. So I'm under a continuing audit, and anyone that did that or showed that before you have it finalized, but they treat, they treat me horribly, the IRS. It is a disgrace what has happened. We had a deal done, I guess it was signed even. Once I ran or once I won, somewhere back a long time ago everything was like let's start all over again."

Toobin could only react with total bewilderment.

"I have spoken English since I was a little boy, and I think I'm fluent, and I don't understand one word in that answer," he said. "What he's saying is he's still not releasing his tax returns, but that statement is completely meaningless as far as I can tell."