Trump’s ‘damning’ Chris Wallace interview shows why he's ‘his own worst enemy’ — and why Biden could crush him in debates: conservative 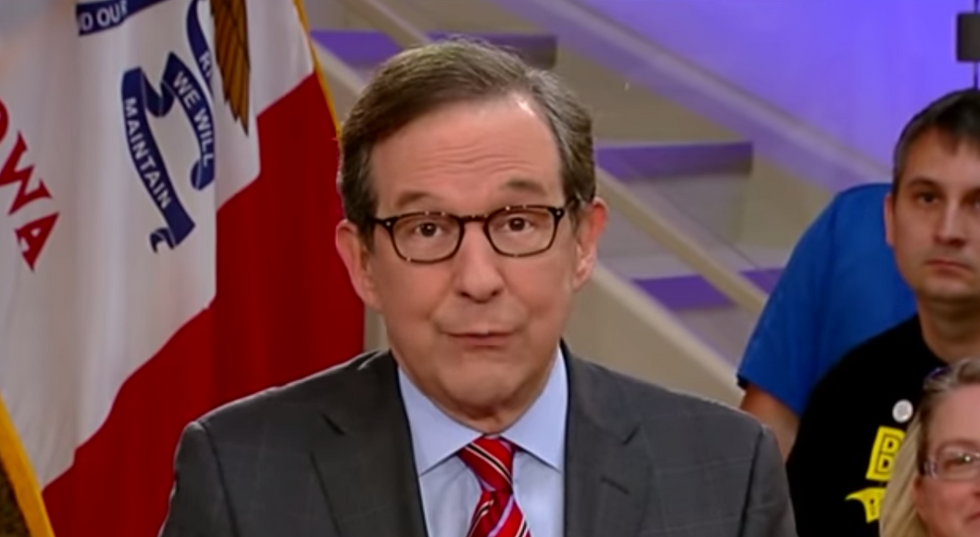 When Chris Wallace interviewed President Donald Trump for Fox News on Friday, July 17, it was obvious that the president wouldn’t be getting the type of softball questions he typically gets from Sean Hannity (one of Trump’s many sycophants at the right-wing cable news outlet). Wallace wasn’t shy about asking tough questions during the interview, which aired on July 19. And conservative journalist Jennifer Rubin, in her Washington Post column, points to Trump’s performance as proof that he is his “own worst enemy.”

“It’s hard to pick the most damning part of Chris Wallace’s interview with President Trump on Fox News,” Rubin writes. But Trump’s comments on the coronavirus pandemic and the Confederate flag, the Never Trump columnist stresses, were especially embarrassing.

“Trump’s dismissive attitude that he’ll eventually be proved right on COVID-19’s disappearance — after nearly 140,000 deaths? — reminds us that he is indifferent to human suffering and incapable of acknowledging error,” Rubin argues. “In that same vein — with coronavirus hospitalizations rising — he callously insisted some cases are nothing but the sniffles. Tell that to about 140,000 families.”

Rubin adds, “In the empathy department, Trump still cannot acknowledge that the Confederate battle flag does not merely ‘represent the South,’ but the traitorous white nationalists who took up arms against the United States.”

Watching the interview with Wallace, Rubin writes, it is painfully obvious that “Trump remains his own worst enemy, providing endless fodder for his critics.” And those critics, according to Rubin, range from former Vice President Joe Biden to the Never Trump conservatives of The Lincoln Project — which has come out with one scathing anti-Trump ad after another.

Rubin wraps up her column by warning that when the time comes for presidential debates, “Biden may have trouble getting Trump to agree to any legitimate moderator.”

“Trump despises CNN,” Rubin explains. “Fox News has lost its charm for Trump, and Wallace — in all likelihood  —  wouldn’t get a second chance to humiliate him. It is possible Trump’s aides might persuade him not to participate: e.g., lying to him that he’s ahead and therefore, shouldn’t help Biden ‘catch up.’ However, if Trump does agree to moderators not thoroughly in his camp, the results may be spectacularly awful if Biden and the moderators both expend effort fact-checking him — or the networks insist on fact-checking him in real time.”