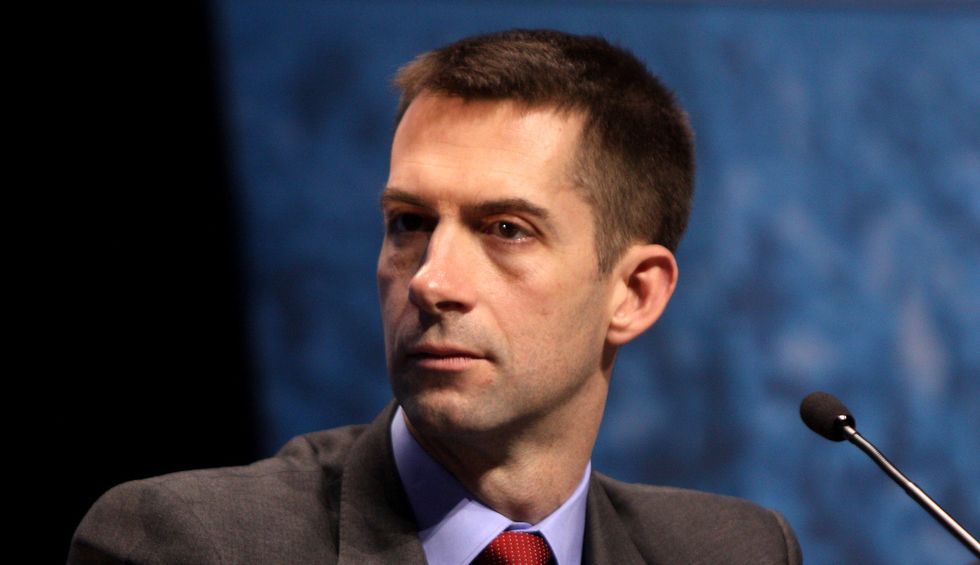 Tom Cotton, a Republican U.S. Senator representing Arkansas, has filed a bill that would withhold federal funding to any schools that teach “The 1619 Project,” a Pulitzer-prize winning piece of in-depth journalism from The New York Times published in 2019 that explores the United States’s legacy of slavery.

Cotton’s so-called Saving American History Act of 2020 would punish schools that teach lessons based on “The 1619 Project” by making them ineligible for federal professional development grants.

“The New York Times’s 1619 Project is a racially divisive, revisionist account of history that denies the noble principles of freedom and equality on which our nation was founded,” Cotton wrote. “Not a single cent of federal funding should go to indoctrinate young Americans with this left-wing garbage.”

After being lambasted for his June 2020 New York Times opinion piece suggesting that the U.S. military forces should be used against racial justice protesters — an article that was later pulled for not meeting the paper’s editorial standards — Cotton wrote, “[The New York Times] is a propaganda bullhorn—a super PAC for the Democratic Party, the 1619 Project, and other revolutionary causes. Perhaps it should rebrand as The New Woke Times.”

In 2006, Cotton wrote a letter to The New York Times saying the journalists who had written an article detailing a classified government program monitoring terrorists’ finances should be prosecuted “to the fullest extent” under the Espionage Act, a law which punishes U.S. citizens helping foreign enemies. The full extent of the law allows for such people to be put to death.