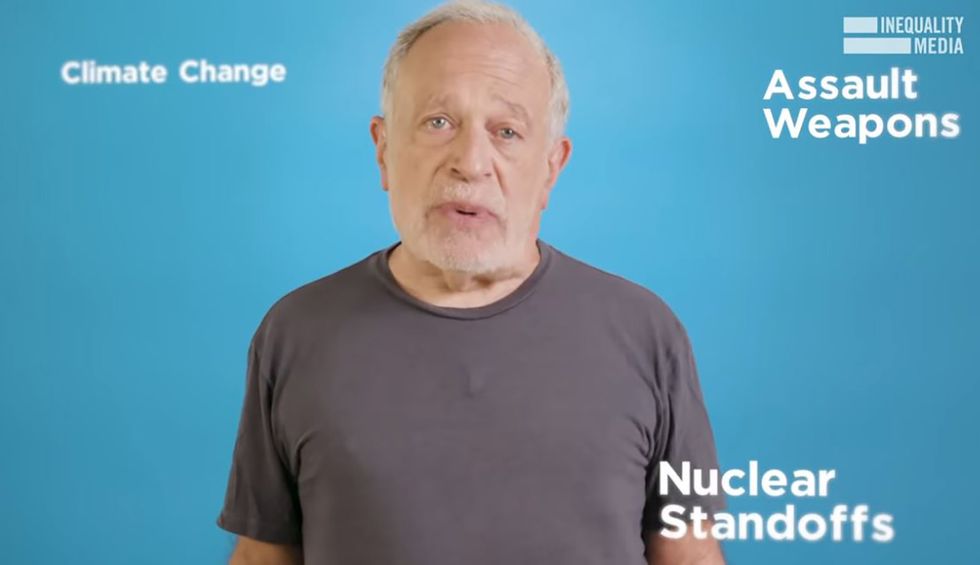 Donald Trump said last Thursday’s jobs report, which showed an uptick in June, proves the economy is “roaring back”.

Rubbish. The Labor Department gathered the data during the week of June 12, when America was reporting 25,000 new cases of Covid-19 per day. By the time the report was issued last week, that figure was 55,000.

The economy isn’t roaring back. Just over half of working-age Americans have jobs now, the lowest ratio in over 70 years. What’s roaring back is Covid-19. Until it’s tamed, the economy doesn’t stand a chance.

The surge in cases isn’t because America is doing more tests for the virus, as Trump contends. Cases are rising even where testing is declining. In Wisconsin, cases soared 28% over the past two weeks, as the number of tests decreased by 14%. Hospitals in Texas, Florida and Arizona are filling up with Covid-19 patients. Deaths are expected to resume their gruesome ascent.

The surge is occurring because America reopened before Covid-19 was contained.

Trump was so intent on having a good economy by Election Day that he resisted doing what was necessary to contain the virus. He left everything to governors and local officials, then warned that the “cure” of closing the economy was “worse than the disease.” Trump even called on citizens to “liberate” their states from public health restrictions.

Yet he still has no national plan for testing, contact tracing and isolating people with infections. Trump won’t even ask Americans to wear masks. Last week, Democrats accused him of sitting on nearly $14 billion in funds for testing and contact tracing that Congress appropriated in April.

It would be one thing if every other rich nation in the world botched it as badly as has America. But even Italy – not always known for the effectiveness of its leaders or the pliability of its citizens – has contained the virus and is reopening without a resurgence.

There was never a conflict between containing Covid-19 and getting the economy back on track. The first was always a prerequisite to the second. By doing nothing to contain the virus, Trump has not only caused tens of thousands of unnecessary deaths but put the economy into a stall.

The uptick in jobs in June was due almost entirely to the hasty reopening, which is now being reversed.

And so on across America. A vast re-closing is underway, as haphazard as was the reopening. In the biggest public health emergency in US history, in which nearly 130,000 have already lost their lives, still no one is in charge.

Brace yourself. Not only will the virus take many more lives in the months ahead, but millions of Americans are in danger of becoming destitute. Extra unemployment benefits enacted by Congress in March are set to end July 31. About one in five people in renter households are at risk of eviction by September 30. Delinquency rates on mortgages have more than doubled since March.

An estimated 25 million Americans have lost or will lose employer-provided health insurance. America’s fragile childcare system is in danger of collapse, with the result that hundreds of thousands of working parents will not be able to return to work even if jobs are available.

What is Trump and the GOP’s response to this looming catastrophe? Nothing. Senate Republicans are trying to ram through a $740 billion defense bill while ignoring legislation to provide housing and food relief.

They are refusing to extend extra unemployment benefits beyond July, saying the benefits are keeping Americans from returning to work. In reality, it’s the lack of jobs.

Trump has done one thing, though. He’s asked the Supreme Court to strike down the Affordable Care Act. If the court agrees, it will end health insurance for 23 million more Americans and give the richest 0.1% a tax cut of about $198,000 a year.

This is sheer lunacy. The priority must be to get control over this pandemic and help Americans survive it, physically and financially. Anything less is morally indefensible.