President Trump admits what we all already knew: Fox News is 'not even watchable' 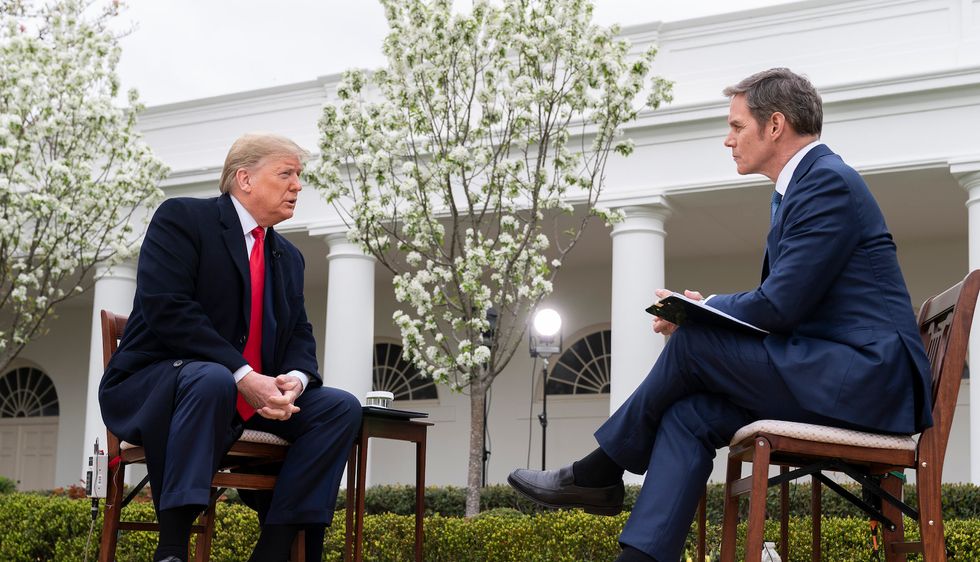 President Donald Trump lashed out at Fox News in a context-free tweet Wednesday, calling the network "not even watchable" while at the same time taking personal credit for its success.

"I was on Air Force One flying to the Great State of Texas, where I just landed," the president began his tweet. "It is AMAZING in watching @FoxNews how different they are from four years ago. Not even watchable. They totally forgot who got them where they are!"

Trump deleted an earlier version of the tweet in which he had attempted to tag Air Force One. However, the famous airplane, which has carried Trump to destinations around the world for more than three years, does not have its own Twitter account.

The president erroneously tagged an eponymous Ohio heating and air conditioning company. That company, Air Force One, received between $2 million and $5 million in federal emergency loans designed to help small businesses retain jobs during the coronavirus pandemic. The company reported putting the funds toward 204 jobs.

Trump appears to have increasingly soured on Fox News, whose polls do not reflect the political reality of winning he espouses. The president has chastised the network for dumping far-right pundits Diamond & Silk. He previously warned his followers that the network was "on a bad path," instead directing them towards alternative right-wing outlets.

"Fox News weekend afternoons is the worst!" he tweeted earlier this month. "Getting into @CNN and MSDNC territory. Watch @OANN & @newsmax instead. Much better!"

The president similarly lashed out at Fox News after a network poll showed Biden up 14 points nationwide last month.

"Many will disagree, but Fox News is doing nothing to help Republicans, and me, get re-elected on November 3rd," Trump complained in May.

In April, the president attacked Fox reporters during two coronavirus briefings within days of each other. In February, he blasted multiple network shows and personalities for critical coverage. On Jan. 28, Trump tweeted that Fox News was "really pathetic" and "so politically correct" after anchor Chris Wallace discussed impeachment with Democrat Chris Van Hollen.

On April 11, Trump called the weekend programming on Fox News "a total waste of time," and plugged the even further afield One America News Network (OANN) as an alternative. In December, he seemed to take a shot at Fox by retweeting an apparent jab at the network's sluggish confirmation of a story broken by OANN. The tweet was later deleted, apparently because it was inaccurate.

But Trump has recently hyped the network, as well. Earlier this month, he bragged that Fox beat CNN in the ratings thanks to "President Trump." He also appeared to have bitten much of his divisive Fourth of July speech at Mount Rushmore from host Tucker Carlson's monologues.

However, in 2015 Trump also tweeted that he could no longer watch Fox News:

And he has specifically said he would no longer watch former network anchor Megyn Kelly:

Here are some other things Trump has called "unwatchable" over the years, including the Emmy Awards, the procedural drama "Law & Order," the late-night sketch comedy show "Saturday Night Live," a slew of late-night talk show hosts, Fox News competitors CNN and MSNBC, former New York Yankees star infielder Alex Rodriguez and — twice within a month of losing his bid to buy the Buffalo Bills — the National Football League.

Are NFL games getting boring or is it just my magnificent imagination? In any event, I'm just not watching them much anymore!
— Donald J. Trump (@Donald J. Trump)1413165182.0

.@CNN is unwatchable. Their news on me is fiction. They are a disgrace to the broadcasting industry and an arm of the Clinton campaign.
— Donald J. Trump (@Donald J. Trump)1473431873.0

Dopey @Lawrence O’Donnell, whose unwatchable show is dying in the ratings, said that my Apprentice $ numbers were wrong. He is a fool!
— Donald J. Trump (@Donald J. Trump)1437076164.0