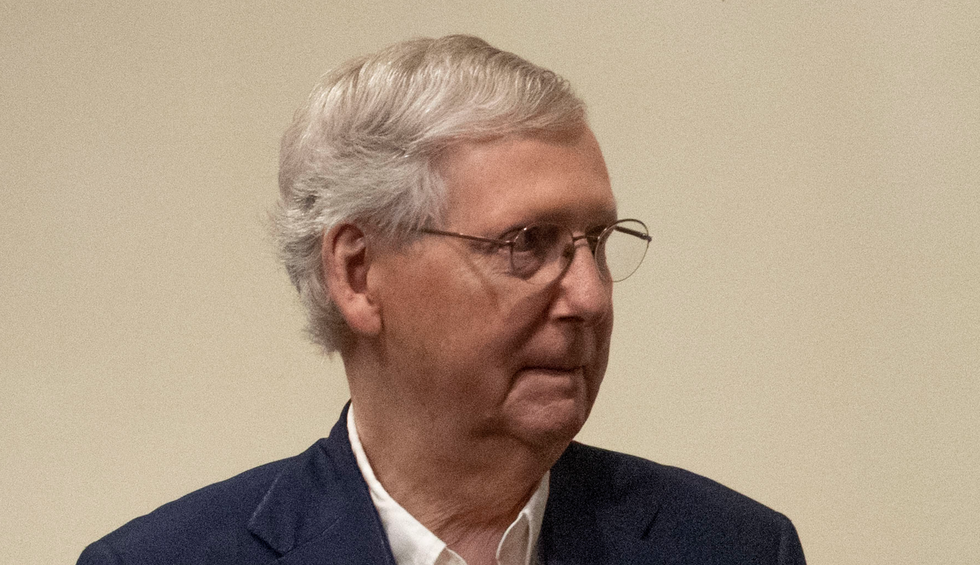 Ken Merkel started cutting expenses as soon as Packaging Corp. of America (PCA) furloughed him along with hundreds of other workers at its Jackson, Alabama, location amid the COVID-19 recession.

But this lifeline for Merkel and more than 30 million other unemployed workers is in jeopardy because Senate Republicans refuse to extend the benefits period and pass other legislation critically needed to battle the pandemic.

Instead of safeguarding hard-working Americans who fell on hard times through no fault of their own, callous Majority Leader Mitch McConnell—the person who controls the Senate’s agenda—put them squarely in harm’s way.

The 54-year-old Merkel, for example, got his first job pumping gas when he was 12 and never stopped pushing himself. Now, as infection rates soar across the U.S. and COVID-19 threatens still more damage to the nation’s economy, the former military policeman could lose almost everything he spent a lifetime building.

The commonsense legislation would extend emergency federal unemployment benefits, due to expire at the end of July, through January. It would provide aid to local governments struggling to maintain essential public services because of COVID-19 budget crises, deliver another round of stimulus checks to hard-pressed families and ensure that those who lose their jobs continue to receive health insurance.

The HEROES Act would finally force the U.S. Occupational Safety and Health Administration to take steps to protect workers from COVID-19 on the job. And it would allocate billions of dollars for COVID-19 testing and contact tracing, measures crucial for controlling the virus in hotspots like Alabama and McConnell’s home state of Kentucky.

But more than two months after the House passed the HEROES Act, it languishes in the Senate.

In refusing to bring the measure to a vote, McConnell flaunts both his disdain for average Americans and his indifference to the enormous damage that COVID-19 continues to inflict on the country each day.

He derided the HEROES Act as a “wish list” of giveaways—a windfall for people he considers freeloaders—when it’s really a responsible stopgap measure intended to save lives and sustain unemployed workers until they get back to the jobs they’re proud to do.

McConnell even claimed that continuing the $600 federal unemployment payments, provided on top of benefits supplied by the states, would just give workers a reason to stay home instead of returning to their jobs.

Nothing could be further from the truth.

Laid-off Americans aren’t the lazy moochers McConnell evidently thinks they are. They’re loyal, patriotic workers who faithfully did their part to keep the nation functioning right up until the moment their employers furloughed them.

Walking a mile in Merkel’s shoes—or those of his co-workers—would show this out-of-touch millionaire just how much average Americans struggle right now.

Without the $600 in weekly federal benefits, for example, the PCA workers in Jackson will have to try to scrape by on a scant $275 provided by the state of Alabama. That’s all but impossible.

“I’ve already cut the best I can,” explained Merkel, a winder operator and member of United Steelworkers (USW) Local 9-1083 who not only has his own bills to pay but helps his stepmother with hers. “Ask the congressmen and the senators how much they could go without.”

As if he isn’t already struggling enough, losing federal unemployment benefits will force Merkel to start dipping into his retirement savings. And at that point, he noted, “I’ll be hurting my future.”

Local 9-1083 President Valerie Creagh receives calls and texts every day from colleagues concerned about the $600 payments.

Without that assistance, some risk losing the cars and homes they worked hard to afford. Others would fare much worse.

“It would actually force some of our members into poverty,” predicted Creagh. “I hate to say that, but it’s just the truth.”

Merkel would be happy to let the federal government keep the unemployment money. What he really wants is to go back to work.

“I earned my place,” he said, noting the skills and training his trade requires. “My desire is to continue to gain, to work and to get more out of life.”

Workers around the country face the same plight as their PCA counterparts.

Another 1.3 million filed unemployment claims in the week ending July 11, joining the tens of millions who already lost their jobs because of COVID-19.

Layoffs began in the service sector; cascaded across the steel, rubber, aluminum, paper and auto industries; and now threaten thousands of airline workers.

Also, as Americans lost their jobs and businesses closed or scaled back, local governments lost billions in tax revenue that they rely on to pay public workers, provide essential services and even fight the pandemic.

Many cities, counties and transit agencies already cut personnel, services and programs because of huge budget shortfalls. And more will do the same in coming months if McConnell and other Senate Republicans fail to deliver the billions in local government aid allocated through the HEROES Act.

Despite this tsunami of destruction, McConnell feels no urgency to take up the legislation.

Workers don’t concern him. Corporations do.

As the COVID-19 death toll mounts, McConnell refuses to advocate for ordinary Americans. Instead, his goal is protecting companies that failed to take adequate steps to safeguard workers and customers sickened or killed by COVID-19.

He insists that Congress pass legislation giving corporations sweeping immunity from what—in his mind—will be a mountain of frivolous lawsuits filed by moochers. If he ever addresses the HEROES Act, McConnell likely will insist that corporate immunity become part of the deal.

It contains a provision called the GROW Act, for example, that would make it easier for employers to stop their contributions to multiemployer pension plans, putting workers’ retirement security at risk. This unacceptable provision must be stricken from the final version of the legislation.

But the HEROES Act provides crucial aid to Americans fighting to pay their bills. It ensures that local governments will continue providing police, fire and other essential services.

And it gives health officials the resources they need to conduct COVID-19 testing, track community spread and fight the infection rate while researchers work furiously on a vaccine.

“Maybe there’s light at the end of the tunnel,” Merkel said. “But meanwhile, we have to get through the tunnel.”