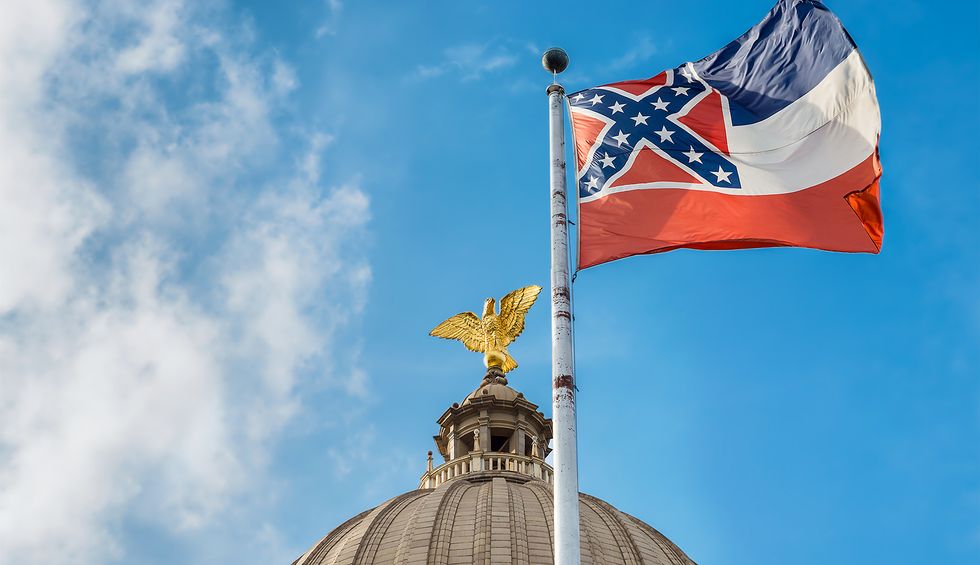 Gail Harrison Welch has reportedly been an election commissioner in Mississippi for 20 years, in  Jones County’s first district. This November’s historic elections will include votes cast on people like Mrs. Welch and her position as a commissioner. On Monday, Welch reportedly went to her social media account on Facebook and made quite the comment about getting out the vote—for white people. Her comment which was screenshot and passed around by many—a response to one of her friend’s posts—read: “[redacted name] I’m a [sic] Election Commissioner in Jones county. I’m concerned about voter registration in Mississippi. The blacks are having lots (of) events for voter registration. People in Mississippi have to get involved too. Thank you fir [sic] all you do.”

Needless to say, when these comments came to light, from an elected official in charge of overseeing the state’s voting, many people were furious. According to the Clarion Ledger, Mrs. Welch’s defense of this blatant bit of racism  was that "We've always in the past had whites really participating in registering to vote. So many people don't seem to be concerned about (voting)," and that she hadn’t realized her message wasn’t private, and that "This was an error on my part." Maybe most importantly, after this defense, which is a reiteration of her racism, she explained that "I was just trying to strike a match under people and get them to vote—to get everybody to vote. This was not intended to be anything." Once again, she was trying to “strike a match under” white people. Just a reminder. So we are all clear here.

Mississippi already has a Jim Crow-era amendment to its Constitution that was literally created in order "to secure to the State of Mississippi 'white supremacy.'" And while its repeal may be imminent, white officials have been working to make sure that its desired effect still remains. Mrs. Gail’s opinion isn’t new. Instead of her standing up and yelling it at some VFW Hall in the 1950s or 1960s, she posted it on social media. Sen. Juan Barnett gave a very diplomatic statement to the Ledger, saying "I don't know if she is racist or not. But it's the just undertone and stuff of what people say that gives the illusion that that's what you are, based on what was said."

WDAM7 reports that the Jones County Circuit Clerk’s offie and the Board of Supervisors have been receiving tons of calls complaining about Welch’s comments, but that they lack the authority to do anything about it. Jones County Circuit Clerk Concetta Brooks told the news outlet that she has “no authority over her, no legal authority, no statutory, no law, anything that gives me the authority to reprimand her in any way.” The Board of Supervisors said they do not share Wlech’s opinions but explained that she is an elected official who does not report to them. WDAM also reached out Mississippi Secretary of State Michael Watson’s office, only to get a long reply saying that while they found Welch and other elections’ officials statements and actions “derogatory,” they had no legal authority.

You can see how a conservative living in Mississippi might feel frightened that white people don’t seem engaged with the electoral process. Mississippi is a state where almost half of its population is Black and yet, the status quo in Mississippi has meant anything but representing the interests of any of its Black citizens. Republican officials and other racists have historically depended on generations of white supremacy, poverty, incarceration, and state sanctioned violence against people of color, to control a state in the face of its citizens’ best interests.

This is the great irony of racism and White Supremacy. White officials and (mostly) Republican operatives trying to “strike a match,” are cheerleading racism and bigotry and fear in the hopes of getting white folks to vote against their best interests. Since 1954, when there was considerably more shared prosperity for white folks in places like Mississippi, groups like the Citizen’s Council, a white supremacist group, have come into and out of fashion, their sole purpose to unify white citizens in a fight against integration and a more true democratic society.

The status quo in the country, the one that has always benefited only white folks, has failed not only Black people and Latino people, and women, and the LGBTQ communities across the country, it has failed most everybody—even the frightened and bigoted white people who desperately try to support it.