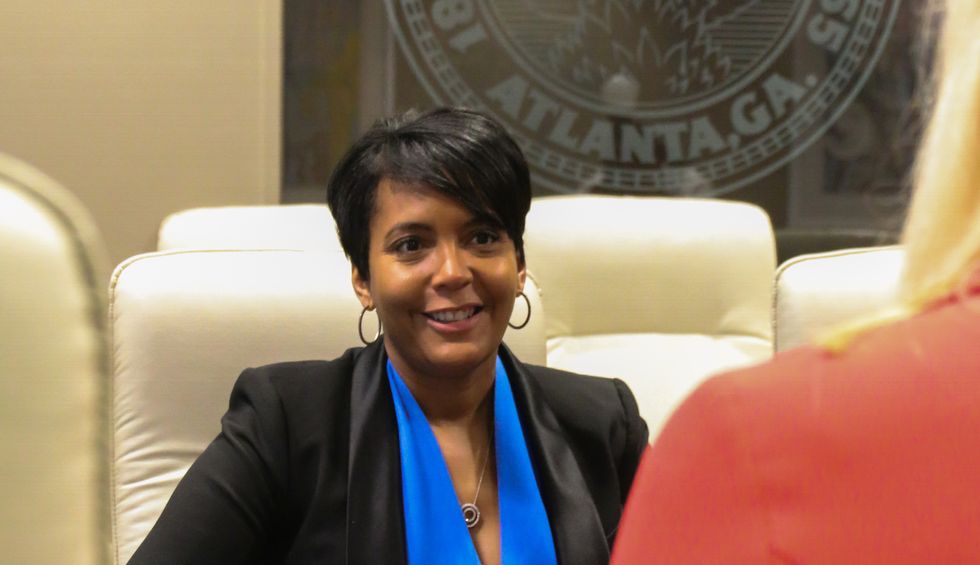 The lawsuit from Kemp, a Republican, came after Bottoms, a Democrat, defied the ban on citywide mask mandates issued Wednesday by the governor. The suit argues that Kemp has the power to "suspend municipal orders that are contradictory" to state orders and challenges Bottoms' ability to revert back to Phase 1 guidelines, which also shuttered restaurants and non-essential city facilities. The lawsuit calls the city's mask requirement "merely guidance – both non-binding and legally unenforceable."

"Mayor Bottoms cannot continue to knowingly enter orders and issue press releases, which are unenforceable and void, that only serve to confuse the public during a time when the state is in a public health emergency," the lawsuit said.

Kemp imposed the ban the same day that President Donald Trump traveled maskless to Georgia, which has one of the highest infection rates in the country after it became the first state to lift coronavirus restrictions in April. Bottoms told CNN that Trump "did violate the law" by refusing to wear a mask at Hartsfield-Jackson airport, which is operated by the city.

Kemp's ban voided the orders requiring masks of at least 15 local governments and prohibited the municipalities from mandating masks on public property. The order came on the same day that Georgia set a new daily record with nearly 2,800 people hospitalized with COVID-19.

"It's my belief that the city of Atlanta still has the appropriate standing to mandate masks," she said at a news conference. "Especially as it relates to buildings and places that we own and operate."

Bottoms said Kemp had not done anything about the local mask mandates until she accused Trump of violating Atlanta's policy.

"Then suddenly the governor has taken a formal position on masks in the state of Georgia," Bottoms said. "I believe that our city mask ordinance, and I believe those across the state, are defensible. And it is not just my posture, but the posture of many mayors across this state, that our policies are enforceable."

Kemp responded to Bottoms' comments with the lawsuit, challenging the mayor's power.

"This lawsuit is on behalf of the Atlanta business owners and their hardworking employees who are struggling to survive during these difficult times," Kemp said in a statement. "These men and women are doing their very best to put food on the table for their families while local elected officials shutter businesses and undermine economic growth."

Bottoms said in a virtual town hall Thursday that she was "not concerned" about the lawsuit.

"I am not afraid of the city being sued, and I will put our policies up against anyone's — any day of the week," she said.

"As of today, 3,104 Georgians have died, and I and my family are amongst the 106,000 who have tested positive for COVID-19," she added in a statement. "A better use of taxpayer money would be to expand testing and contact tracing. If being sued by the state is what it takes to save lives in Atlanta, then we will see them in court."

Kemp has repeatedly clashed with Bottoms, who is reportedly being considered to be presumptive Democratic presidential nominee Joe Biden's running mate. Earlier this month, Kemp deployed the National Guard to Atlanta after accusing Bottoms of failing to respond to a recent rise in violent crime.

But Kemp's mask requirement ban riled numerous other mayors across the state.

"How can we take care of our local needs when our state ties our hands behind our back and then says, 'Ignore the advice of experts?'" Savannah Mayor Van Johnson asked during a news conference Thursday.

"Not only are we fighting coronavirus on one hand, it appears as if we're fighting our state on the other hand," he added during a later interview with CNN. "We're going to do what we can to protect Savannahians . . . This is a fight for our lives."