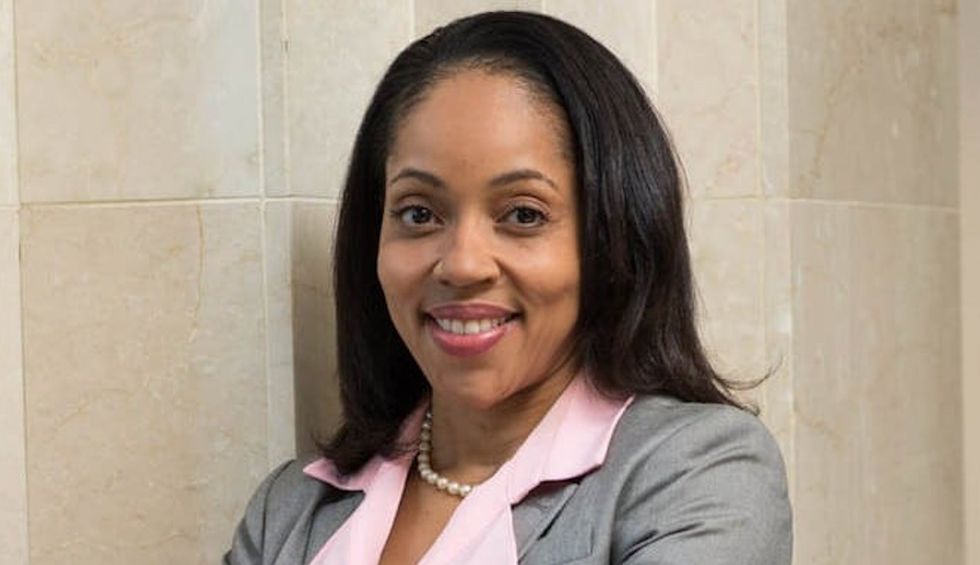 Prosecutors usually keep secret Brady lists, as they’re known, to meet legal requirements for disclosing exculpatory evidence to defense attorneys. This became necessary after the Supreme Court decision in Brady v. Maryland, which created the requirement. Until the modern progressive prosecutor wave started in 2015, releasing these lists was seen as highly taboo, and it remains a surefire way to get on the bad side of influential local police unions.

Ayala does not have to worry about the unions now scuttling her re-election bid, since she opted to not run for a second term. Citing that reality, Filter originally called for the release of her list in April.

According to local news reports, 38 cops from eight local law enforcement agencies are included on the list. Many of them have since retired or resigned, but all were included because of their involvement in open cases. While it is hard to imagine that only 38 cops in a jurisdiction covering 1.5 million residents have documented ethical issues, the released list, compiled only in 2019, is a new beginning for police accountability in this major metro area.

Some of the officers landed on Ayala’s list due to criminal conduct unrelated to work, like an Orlando police officer caught driving three times over the blood alcohol limit. (He was later fired.) Others, like Officers William Escobar and Phillip “Chase” Fugate of the Orlando Police Department, were prosecuted for beating suspects but acquitted at trial. Some civil libertarians might see their continuing ostracization as unfair punishment, but Escobar’s perpetration of brutality was caught on video, while Fugate was accused by his fellow officers. Just as getting disciplined by management at Walmart doesn’t require a finding of “beyond a reasonable doubt” like a criminal conviction does, nor should being held professionally accountable as a violent police officer.

Other named officers, like former OPD Officer Laurin Gantt, acted dishonestly in ways that go to the heart of why Brady lists were created in the first place. Gantt was arrested on allegations that she falsified work hours for billing statements, then entered a pre-trial diversion program to avoid a criminal conviction. It is important that cops shown to lie be kept from testifying in court so they cannot cause wrongful convictions and further weaken trust in the justice system. However, Gantt has already been terminated by the police department, so the impact of her inclusion on the list is limited.

Ayala’s list also includes an officer named Robert Schellhorn, who received an 80-hour suspension from work as the result of his offensive social media commentary. Schellhorn wrote on Facebook that Black athletes who kneeled during the national anthem are “overpaid thugs” and “useless savages.” His original discipline through the arbitration process was arguably very light, considering the sensitivity and importance of lack of trust in the police in communities of color. Schellhorn claimed during his disciplinary hearing that his posts were not meant to be racially bigoted, which is not an easy argument to credit.

Releasing “bad cop” lists should be a basic part of how county voters evaluate their locally elected prosecutor. Sadly, this basic demonstration of ethics is usually only made by prosecutors with explicitly “progressive” reputations—and even then only after pressure mounts.

The general expectation in local US politics is that police unions broker policy without a public debate through implicit and explicit political threats. Things are slow to change when even the political left cannot reach consensus as to whether police unions should be excused from the generalized labor rights movement, which has much less coercive control.

So Ayala should be praised for doing the right thing, especially since the reformist power that she has built is in serious jeopardy during this year’s State Attorney election.