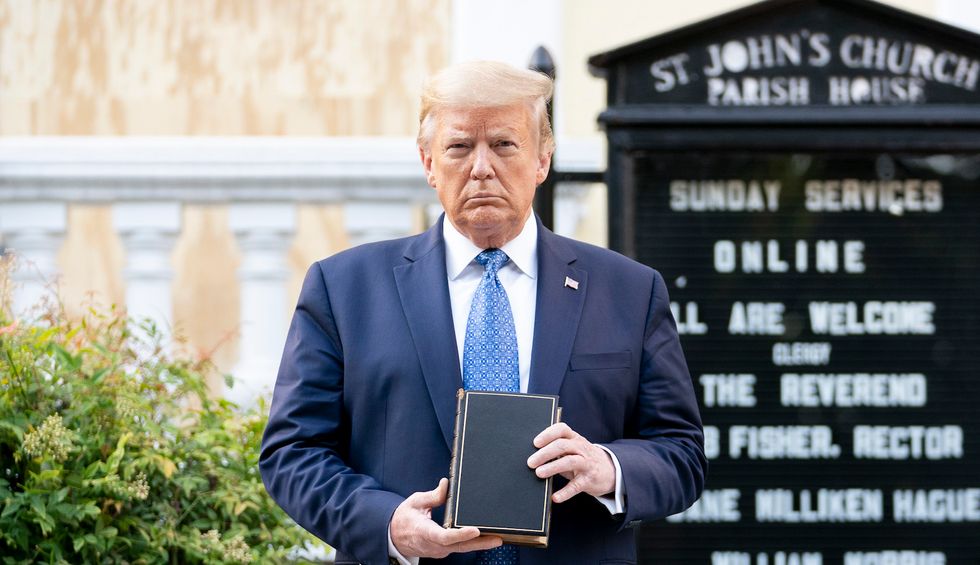 The Washington Post just published this short film based on video footage, audio of police communications and other records in what is undoubtedly “the most complete account to date of the June 1 crackdown on protesters in Washington D.C.”

Watch the meticulously compiled 12-minute video below to see what dastardly deeds transpired in the hours before the trump walk of shame to St. Johns Episcopal Church on June 1.

Contrary to claims by Barr and others in the administration, physical assault, tear gas, exploding pepper balls and grenades containing rubber pellets were used on what clearly looked like peaceful protesters, most of them young, a mix of whites and blacks and every shade in between, protesting and making noise. There is no evidence of violence by protesters. There is no evidence of bricks or corrosive liquids thrown by protesters, except for a few water bottles, candy bars and eggs flung at fearsome robocop-like personnel ready to do battle.

Late in the day on June 1, demonstrators gathered near the White House, on the edge of Lafayette Square, to protest police abuse following the death in custody of Minneapolis resident George Floyd. Similar protests had erupted across the country. Many were peaceful, but some included property destruction and clashes with police.

At about 6:30 p.m., just north of the White House, federal police in riot gear fired gas canisters and used grenades containing rubber pellets to scatter the largely peaceful demonstrators. Their actions cleared the way for the president, surrounded by the nation’s top law enforcement and military leaders, to walk to the historic St. John’s Church for a three-minute photo op.

Drawing on footage captured from dozens of cameras, as well as police radio communications and other records, The Washington Post reconstructed the events of this latest remarkable hour of Trump’s presidency, including of the roles of the agencies involved and the tactics and weaponry they used.

Let’s spread this video far and wide. Hopefully this video or a shortened version will go viral. People need to see how callous and mendacious this administration is. There is the crime — of attacking U.S. citizens like foreign enemies and the cover-up of lying about the motivation and the nature of the assault.