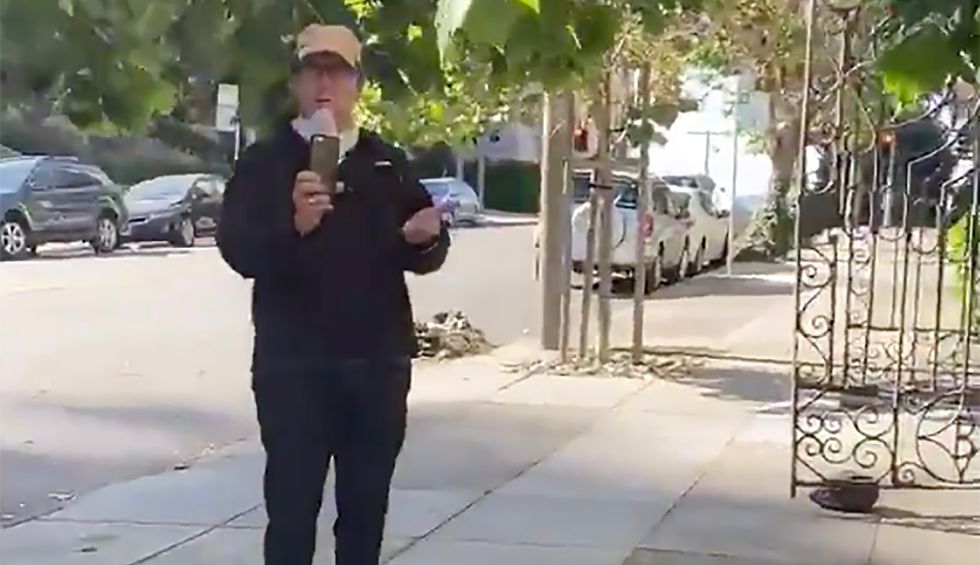 A San Francisco man has been fired by the investment bank Raymond James after a viral video shows him and a woman confronting a man who was stenciling “Black Lives Matter” on a wall on his own property, The Daily Beast reports. The video has been viewed over 15 million times since it was posted Friday. The couple are white, the man who has lived there for nearly two decades is a person of color.

The man, whose name was not confirmed by the company but says in the video his name is “Robert,” was with a woman who asked the homeowner “Is this your property?” She then told him it wasn’t, claiming they knew the owner. “Robert” asked, “Are you defacing private property?”

“You’re free to express your opinions, but not on people’s property,” he added. Later in the encounter “Robert” insisted the man, James Juanillo, was performing an illegal act.

The woman in the video was identified as the CEO of the skincare company LaFace, NBC Bay Area reports. She has issued an apology, saying she had not been “aware of the damage caused by being ignorant and naive to racial inequalities.”

Raymond James in a statement says it has “concluded that the actions of he and his partner were inconsistent with our values, and the associate is no longer employed with Raymond James.”

A white couple call the police on me, a person of color, for stencilling a #BLM chalk message on my own front retai… https://t.co/LHXGPdNtcl
— Jaimetoons (@Jaimetoons) 1591936577.0