Trump's poll numbers are in free fall because his base no longer sees him as competent: CNN contributor 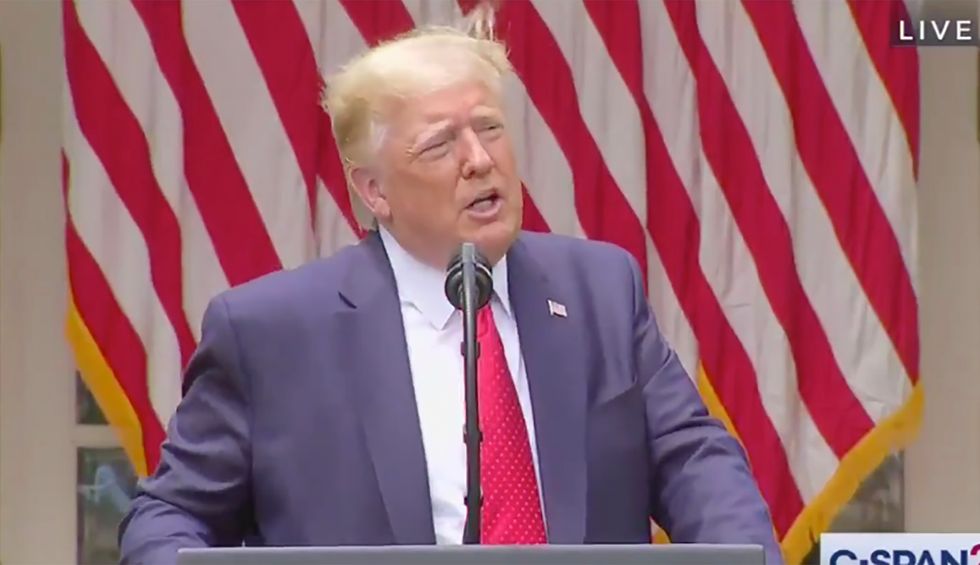 Sitting down with CNN's Victor Blackwell on Saturday morning, Axios White House editor Margaret Talev stated that Donald Trump's declining poll numbers can be attributed to - among other things -- a large part of his voting base beginning to question whether he is up to the task of managing the COVID-19 crisis.

"The president's re-election bid appears to be in trouble," host Blackwell began. "A poll has President Trump 14 points behind the former Vice President Joe Biden nationally and new data from the New York Times shows the president losing by double digits in Michigan and Wisconsin. and states that helped him win in 2016."

"So when numbers are this bad for this long, this close to an election, there is usually some type of shakeup, either the message or the management, the message from the White House, the management of the campaign. Is there any indication that either is on the horizon?" the "New Day" host asked.

"A great question," Talev replied. "It appears that so much of this is going to his personal response when it comes to the coronavirus and to the killing of George Floyd and protests that have ensued. And so there has been scrutiny on his campaign manager Brad Parscale, is he getting good advice from the people in his campaign and from people in the White House."

"You can see this in some of the numbers when you go a little deeper," she continued. "The president seems to have a problem among his base on just the question of competency and the ability to manage a crisis like this, and we've seen an erosion in his support from college-educated white men."