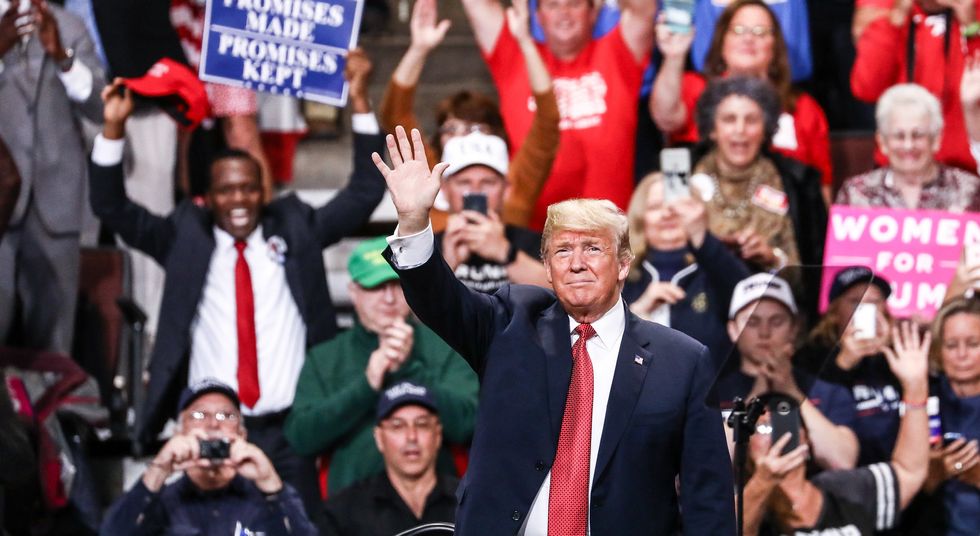 President Donald Trump is losing support from his evangelical base as he lurches from one crisis into another.

Numerous polls show that religious Americans, like most other Americans, disapprove of the president's performance, and that could imperil his re-election chances, reported the New York Times.

Nearly 80 percent of white evangelicals -- a group that's already shrinking as a share of the electorate -- approved of Trump's performance in March, but his handling of the coronavirus pandemic has bled 15 points from their support, according to a new poll from Public Religion Research Institute.

“He had an opportunity in March when people were looking to him," said Robert Jones, the institute's chief executive, "and then within four weeks he squandered it."

Those losses could be offset by efforts from activist group's such as Ralph Reed's Christian Coalition, which plans to spend tens of millions of dollars to identify and register new religious conservative voters and rallying right-wing Christians.

And another PRRI poll from last year found that 31 percent of white evangelical voters said there was almost nothing Trump could do to lose their support.