Retired Marine Corps general: Trump’s ‘illiberal’ threat to use military troops against US citizens may signal the ‘end of the American experiment’ 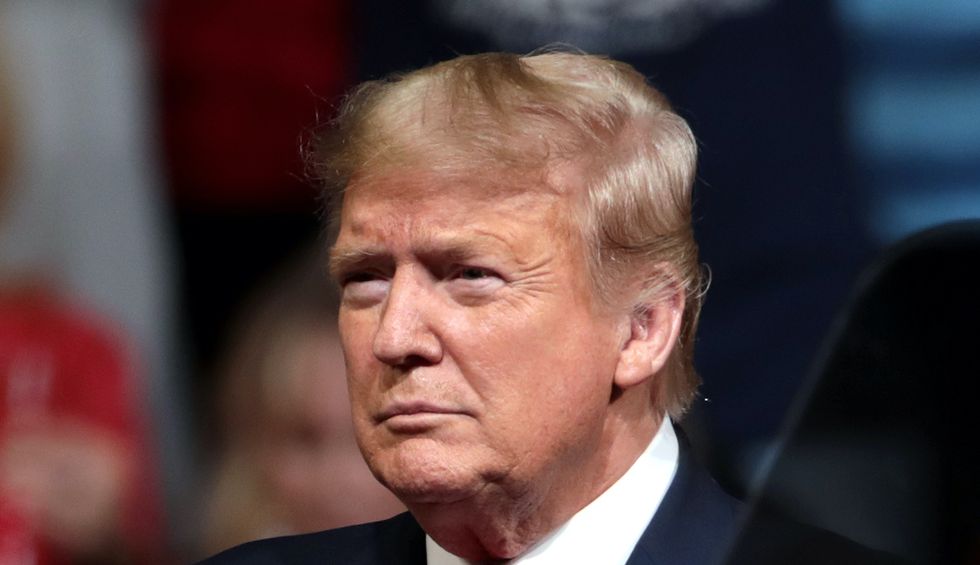 With many U.S. cities having suffered civil unrest following the killing of George Floyd in Minneapolis on May 25, President Donald Trump has called for the use of active-duty military troops in order to put down the unrest — and Sen. Tom Cotton of Arkansas joined him in that recommendation in a widely criticized op-ed published by the New York Times on June 3. But John Allen, president of the Brookings Institution and a retired U.S. Marine Corps general, finds Trump’s recommendation to be incredibly disturbing and slams him in a scathing Foreign Policy article.

“The slide of the United States into illiberalism may well have begun on June 1, 2020,” Allen warns. “Remember the date. It may well signal the beginning of the end of the American experiment.”

Allen continues, “The president of the United States stood in the Rose Garden of the White House on Monday, railed against weak governors and mayors who were not doing enough, in his mind, to control the unrest and the rioters in their cities, and threatened to deploy the U.S. military against American citizens. It was a stunning moment.”

The Marine Corps veteran goes on to lay out some reasons why he finds Trump’s actions so troubling.

“Trump was clear he views those engaged in the unrest and criminal acts in these riots as terrorists, an enemy,” Allen notes. “He said so, ostensibly as justification to deploy the U.S. military to apply federal force — his ‘personal’ force — against the riots. Indeed, the secretary of defense used the military term ‘battlespace’ to describe American cities."

Allen adds that although Trump briefly mentioned Floyd on June 1, he failed to address the reasons why thousands of nonviolent protestors all over the U.S. are so angry — reasons that include “pervasive injustice, mass incarceration, frequent false arrests, and an institutionalized devaluation of black lives and property.”

“The president and members of his administration seem bent on ensuring that the so-called antifa — or anti-fascist — movement is fully on display as a principal reason for the violence,” Allen writes. “To deal with antifa, the president even tweeted that he intended to designate the group a terrorist organization — never mind that he has no authority to designate any domestic movement as such.”

Trump’s fear-mongering over antifa, according to Allen, is ridiculous in light of all the white supremacist terrorism that has occurred in the U.S.

“White supremacists have murdered, lynched, tortured, terrorized, oppressed, and discriminated against black Americans from the beginning of the idea of America,” Allen writes. “They have killed black Americans by the thousands, often in the most horrific ways imaginable. Far more damage to the United States has come from these terrorists — fascists, Klansmen, and neo-Nazis, all feeling newly empowered today — than those who have opposed them.”

“The governors have sufficient law enforcement capacity — and, if necessary, the combat power of the National Guard — to handle their respective crises,” Allen asserts. “If not, they can ask for federal assistance. There is no precedent in modern U.S. history for a president to wield federal troops in a state or municipality over the objections of the respective governor. Right now, the last thing the country needs — and, frankly, the U.S. military needs — is the appearance of U.S. soldiers carrying out the president’s intent by descending on American citizens.”