Jon Stewart: 'You would have thought somebody would have mentioned to Trump the idea of rising to greatness' 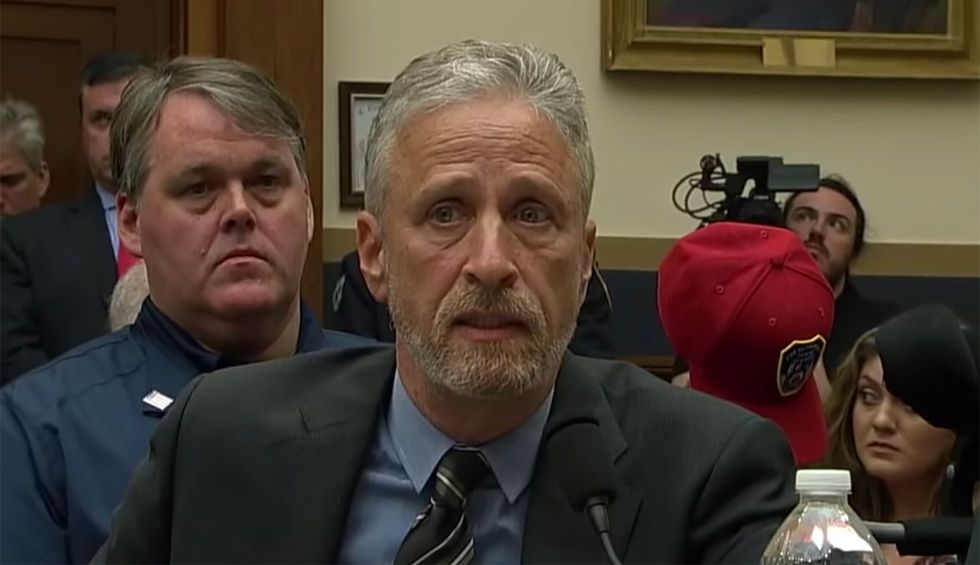 Half a decade has passed since comedian Jon Stewart left “The Daily Show,” which he hosted for 16 years. Much has happened politically since Stewart’s departure from that program in 2015, and the political satirist (whose new film, “Irresistible,” will be coming out on June 26) weighed in on the political climate of 2020 during an interview with the New York Times’ David Marchese.

One of the topics Stewart discussed during the interview was the killing of George Floyd in Minneapolis on May 25 and the huge demonstrations that have followed it.

“I’d like to say I’m surprised by what happened to (Floyd), but I’m not,” Stewart told the Times. “This is a cycle……. The police are a reflection of a society. They’re not a rogue alien organization that came down to torment the black community. They’re enforcing segregation. Segregation is legally over, but it never ended.”

When Stewart was asked if the “scale and intensity of the protests suggest some positive strides toward accountability,” the 57-year-old comedian responded, “Maybe. Look, every advancement toward equality has come with the spilling of blood — then, when that’s over, a defensiveness from the group that had been doing the oppressing. There’s always this begrudging sense that black people are being granted something, when it’s white people’s lack of being able to live up to the defining words of the birth of the country that is the problem.”

Marchese went on to ask Stewart what has “stood out” in his mind recently about “the political conversation” in the United States or the “response around” the coronavirus pandemic —and Stewart responded, “That the Trump Administration has not changed its practices."

"You would have thought that somebody would have mentioned to Trump the idea of rising to greatness," he said.

When Stewart was asked to discuss former Vice President Joe Biden’s presidential campaign, he asserted, “I feel like it hasn’t begun. I can tell you that without the pandemic, it would have been three months of: will Bernie supporters ever forgive Biden? And the questions to Biden would have been: do you think the Bernie bros are out of control? What do you make of this statement that one of them posted on Twitter about a woman? That would have been the majority of the coverage. The pandemic canceled that story line.”