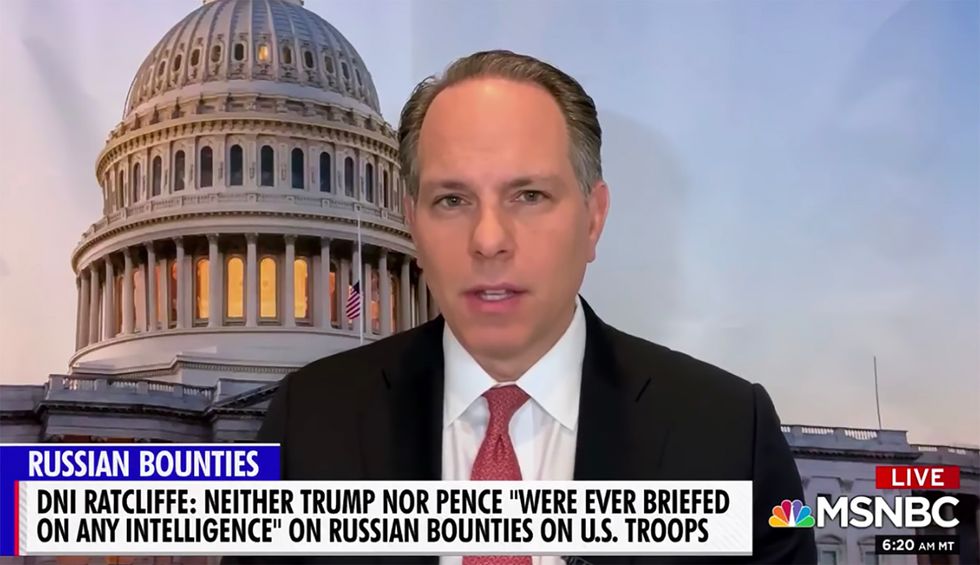 Appearing on MSNBC early Sunday morning, the former chief of staff at the U.S. Department of Defense and the Central Intelligence Agency said it was “inconceivable” that Donald Trump was not aware that Russia has been paying a bounty for every American soldier killed in Afghanistan and said the administration’s protestations “don’t add up.”

Speaking with host Ali Velshi, Jeremy Bash cast a jaundiced eye at statements coming out of the White House that seem to infer the president and Vice President Mike Pence were out of the loop about such a serious charge.

“In my experience, at the CIA and the DOD., there are numerous layers of intelligence, departments and agencies, and organizations that would be carefully scrutinizing these kinds of reports, everything from the forces downrange in Afghanistan to the Joint Staff of the Pentagon, secretary of defense, Defense Intelligence Agency, CIA and other agencies,” he continued. “They surface up the reports for specific, very comprehensive analytic products to national security leaders every day. I don’t get it. It doesn’t add up and we need more answers to the questions.”