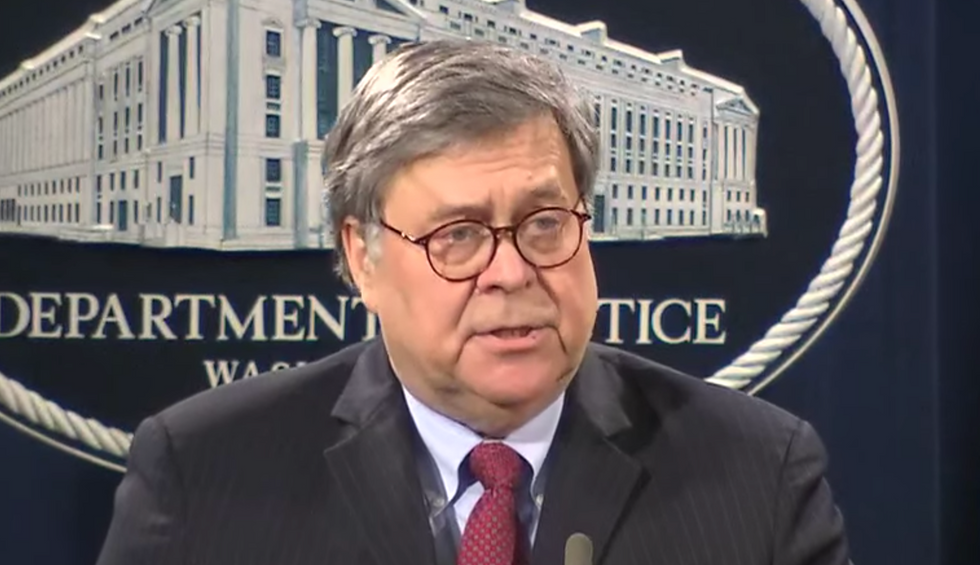 President Donald Trump has turned his wrath on Antifa during the George Floyd protests, demanding Antifa be labeled a terrorist organization and accusing the movement of committing acts of violence at demonstrations. But journalists William Bredderman and Spencer Ackerman, in the Daily Beast, threw cold this week on efforts to blame the leftist group.

They found that “none of the 22 criminal complaints representing the first wave of protest charges mention Antifa in any way.”

Calling Antifa a “terrorist organization” is problematic in more than one respect. First, Antifa doesn’t begin to fit the traditional definition of terrorism and doesn’t target innocent bystanders the way that actual terrorist organizations like al-Qaeda or the Ku Klux Klan have done. Second, Antifa isn’t an organization, but a decentralized movement and collection of tactics.

Bredderman and Ackerman discuss the ideologies of defendants in the protest cases, noting that they range from “anarchism” to the far-right Boogaloo movement — and that none of the charges mention anti-fascism (which is what Antifa stands for). According to retired FBI special agent Mike German, “What it definitely demonstrates is that anti-fascism is not a driving force in the current protest violence.”

Nonetheless, Attorney General William Barr has joined Trump in blaming Antifa for violence at demonstrations. At a press conference on Thursday, Barr told reporters, “We have evidence that Antifa and other similar extremist groups, as well as actors of a variety of different political persuasions, have been involved in instigating and participating in the violent activity.”

Bredderman and Ackerman note some reasons why Trump and Barr’s claims about Antifa are so misleading.

“Despite Trump’s rhetoric about designating Antifa a terrorist organization, Antifa is an ethic rather than an actual group — and even if it were a group, there is no domestic terrorism statute for designating a non-foreign entity as a banned terrorist organization,” Bredderman and Ackerman note. “That’s not stopped a chorus of right-wing voices from fantasizing about state violence against ant-fascist Americans.”

For example, the Beast journalists point out, Republican Sen. Tom Cotton of Arkansas tweeted, “Let’s see how tough these Antifa terrorists are when they’re facing off with the 101st Airborne Division.”

Far-right fear-mongering around Antifa is nothing new. In November 2017, FBI Director Christopher Wray was asked if the FBI was doing anything to counteract Antifa; Wray responded, “We’re not investigating Antifa as Antifa – that’s an ideology, and we don’t investigate ideologies.”

According to German, Trump and Barr are badly misinformed where Antifa is concerned.

“Typically, when we’re talking about Antifa — which doesn’t exist as a group in the way the president imagines — it would make it difficult to associate somebody with a group that doesn’t exist as an organization,” German explained. “They’re imagining something that isn’t real."