Trump slams Fauci over school re-openings: 'Not an acceptable answer' 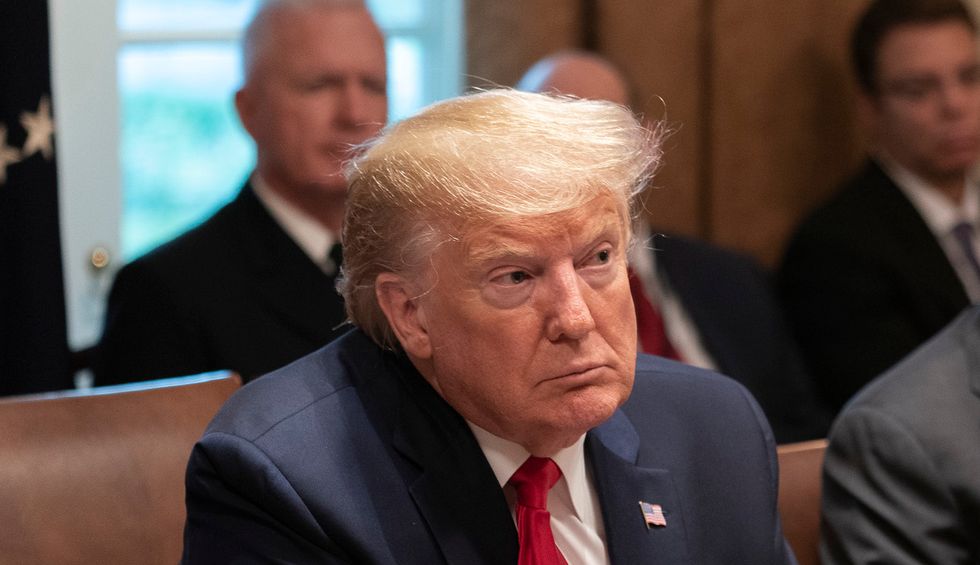 President Donald Trump served up his most strident attack yet on Dr. Anthony Fauci, the immunologist who quickly became the public’s favorite administration official for being able to deliver solid, science-based analysis on the coronavirus pandemic.

On Wednesday Trump slammed Fauci for urging caution on re-opening schools, especially in light of a new, mysterious, COVID-19-based inflammatory syndrome that has afflicted about 100 children, and led to the deaths of several. This new disease “affects blood vessels and organs and has symptoms similar to Kawasaki disease and toxic shock.”

Trump made clear he will ignore Dr. Fauci’s warnings.

“So, no, we’re going to open our country. We want it open,” Trump told reporters. Polls show the vast majority don’t think it’s time to re-open.

“Look, he wants to play all sides of the equation,” Trump also said, referring to Fauci’s remarks during a Senate hearing on Tuesday.

“I was surprised by his answer, actually, because, you know, it is just to me not an acceptable answer, especially when it comes to schools,” Trump said.

Fauci on Tuesday said, “I think we better be careful that we’re not cavalier, in thinking that children are completely immune to the deleterious effects” of the virus.

Ignoring recent developments showing children are far from immune to the deadly virus, Trump opted to focus on older Americans, saying professors and teachers should probably “take it easy for a few more weeks,” suggesting he thinks schools will re-open over the summer. There are few if any plans to do so.

“This is a disease that attacks age,” Trump continued. “And it attacks health. And if you have a heart problem, or diabetes, or if you’re a certain age, a, it’s certainly much more dangerous.”

“But with the young children and students, just take a look at the statistics. It’s pretty amazing,” he added, which is not accurate.

Trump goes after Dr. Fauci for saying he'd be very cautious about reopening schools: "I was surprised by his answer… https://t.co/hzWybfiHfB
— Justin Baragona (@Justin Baragona) 1589406106.0