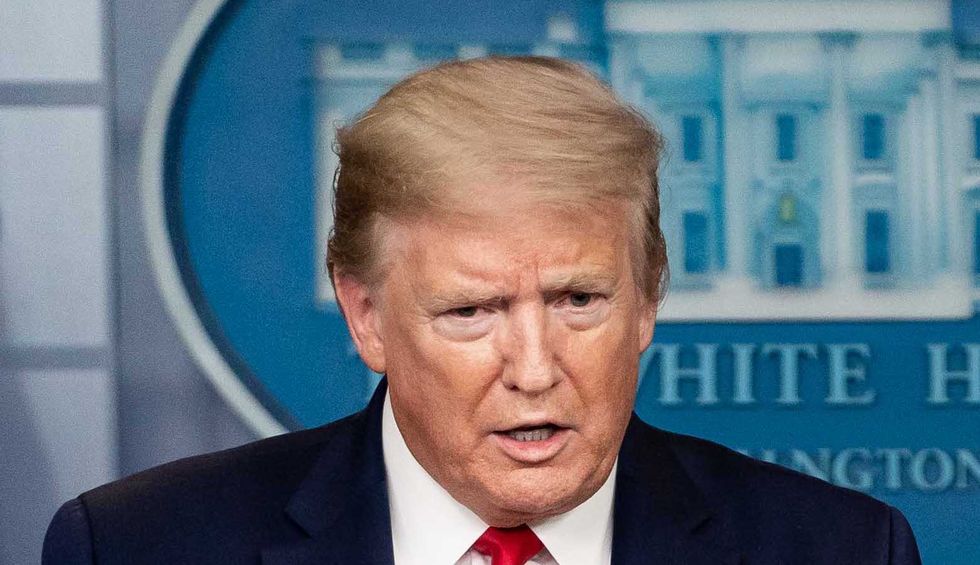 On March 30th, the Boston Globe editorial board published a statement that concluded, “The months the administration wasted with prevarication about the [coronavirus] threat and its subsequent missteps will amount to exponentially more COVID-19 cases than were necessary. In other words, the president has blood on his hands.” This article will attempt to quantify the number of people this “blood” actually represents. Providing a concrete figure for the number of preventable deaths will illustrate the extent, severity and seriousness of the administration’s policy choices. These are deaths that could have been prevented. Trump is culpable. The question is how to hold him accountable.

Preventable Deaths that have Already Occurred: Up to 72,900

According to the latest data available for this article, there were 81,001 official COVID-19 deaths in the U.S. as of May 11, 2020. The question is how to quantify the number of these deaths that could have been prevented. An April 2020 analysis by epidemiologists Britta Jewell and Nicholas Jewell (referred to as the Jewell analysis) provided the following estimates for the range of preventable deaths.

“…an estimated 90 percent of the cumulative deaths in the United States from COVID-19, at least from the first wave of the epidemic, might have been prevented by putting social distancing policies into effect two weeks earlier, on March 2, when there were only 11 deaths in the entire country. The effect would have been substantial had the policies been imposed even one week earlier, on March 9, resulting in approximately a 60 percent reduction in deaths.”

The 60-90% range for preventable deaths is corroborated by other sources. Dr. Tom Frieden (former director of the Centers for Disease Control and Prevention and New York City’s health commissioner from 2002 to 2009) estimated that deaths might have been reduced by 50 percent to 80 percent in the city if social distancing had been widely adopted a week or two earlier. The Jewell analysis also is supported by the experience of other countries. Germany’s deaths/million is 63% lower than the U.S. while South Korea’s is 98% lower. As will be discussed later, these two countries had to confront a number of obstacles that were similar to the U.S. But, unlike the U.S., they both addressed the pandemic with coordinated, comprehensive responses. Using data reported by RealClearPolitics, as of May 11th, the United States had 247.6 official COVID-19 deaths per million; Germany had 91.3; and South Korea experienced just 4.9 deaths per million.

Cumulative Preventable Deaths for the Duration of the Pandemic: Up to 216,000 to 720,000 Depending on the Model

Estimating the total number of deaths for the entire pandemic depends upon the models used. President Trump cited estimates of total fatalities ranging from 100,000 to 240,000 though he did not cite any particular studies, specify the timeline for the estimates or identify the underlying assumptions. The number of preventable deaths ranges up to 216,000. This figure is calculated by applying the 90% figure cited in the Jewell analysis to Trump’s higher projection of 240,000 total deaths. Dr. Michael Osterholm, director of the Center for Infectious Disease Research and Policy at the University of Minnesota, has projected the possibility of 800,000 U.S. deaths over the next eighteen months which range up to an astounding 720,000 (90%) preventable deaths.

The lack of any timely, comprehensive and coordinated response to the pandemic—and the lack of any ongoing plan from the federal government—has resulted in tens of thousands of preventable deaths. U.S. leadership at both the federal and state levels has been inadequate.

Two months elapsed between the time the president received the first warnings about the pandemic and his declaration of a national emergency. In an eloquently written Atlantic op-ed, David Frum crystallized Trump’s culpability in just two sentences, “That the pandemic occurred is not Trump’s fault. The utter unpreparedness of the United States for a pandemic is Trump’s fault.” And to make matters even worse, Trump still refuses to implement a national, coordinated response to the pandemic even though such programs have proven to reduce deaths. Here are two examples

Trump even refuses to adopt U.S.-based proposals for a comprehensive nationwide, coordinated effort for testing and contact tracing. In April 2020, the Johns Hopkins Center for Health Security issued “A National Plan to Enable Comprehensive COVID-19 Case Finding and Contact Tracing in the U.S…” The Rockefeller Foundation published “A National COVID-19 Testing Action Plan” in the same month. Both plans relied on the input of experts and the experience of other countries. Each proposal concluded that a national, coordinated effort led by the federal government but involving states, communities and the private sector is required.

The Issue of Accountability

The scale of the preventable deaths resulting from Trump’s policies is astounding. Imagine that the population of the city of Daytona Beach, FL or Davis, CA suddenly disappeared—that is equivalent to the 72,900 preventable COVID-19 deaths that have already occurred. Or that the population of the city of Birmingham, AL or Salt Lake City, UT evaporated—equivalent to the cumulative 216,000 preventable COVID-19 deaths based on Trump’s own projections for total deaths. Or imagine that all the residents of the city of Boston, Washington DC, or Denver had to be buried—equivalent to the 720,000 preventable COVID-19 deaths that could occur when using the previously cited University of Minnesota projections for total deaths. And the human toll does not only include these specific deaths but also the effects felt by their families, friends and communities. The tragedy is not just the scale of the deaths—but that these deaths could have been prevented.

At a January 23, 2016 campaign stop in Sioux City, Trump stated, “I could stand in the middle of Fifth Avenue and shoot somebody and I wouldn’t lose any voters, okay? It’s like incredible.” It would be even more incredible for Trump not to lose votes after being culpable in the preventable deaths of 72,900 people already—with thousands more being added to this tragic list every week.

There are at least three steps that can be taken to hold Trump accountable for these preventable deaths.

Bill Blum, a former administrative law judge and death penalty defense attorney, believes that such a case would be very difficult to prove. In an April 11th Common Dreams article, he stated, “It will take a particularly strong case with particularly provable links to Trump’s refusal to dispatch medical equipment or test kits to hot spots in places like New York City or Detroit to bring Trump personally to justice, either criminally or civilly. That will be a tough sell, as they say in litigation circles, even before open-minded judges and juries.”

In an April 21st op-ed in The Hill, Jonathan Turley, a law professor at George Washington University, stated that Trump cannot be criminally charged for his handling of the pandemic. Turley explains, “If Trump could be prosecuted for allegedly not prioritizing assistance, then every president could be prosecuted by their rivals as murderers. No case exists to support a claim that a president can be charged for mishandling a crisis.”

The bottom-line question remains: can a president do anything—even causing the preventable deaths of tens of thousands of people across America—and escape any form of accountability? The answer depends on us.