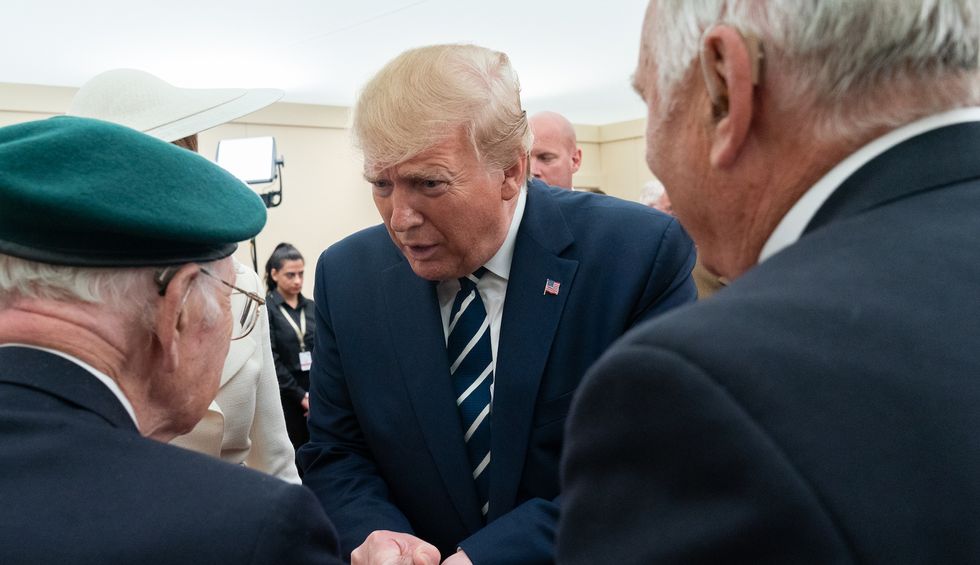 Impeached president Donald Trump is a f’n idiot. He tries so hard to sound inspirational and hopeful and tough, and instead he sounds like a moron. Like here, when he ends up sounding totally psyched and excited that the United States lead the world in coronavirus deaths:

He wants to sound optimistic, but he’s too stupid to pull it off. No, the world isn’t excited to see the devastation happening in the United States (except maybe Russia), and presumably, neither is Trump. But who knows? The same happens when he tries to frame the pandemic as a battle between a wily mastermind of a virus, and America’s can-do spirit.

The virus isn’t smart. It’s a freakin’ virus. It’s as dumb as a Trump, following base instincts without regards to long-term strategy. And we certainly aren’t going to defeat the virus by being “tough.” The virus doesn’t give a rat’s ass about the grit of the American people. It just does its own thing, on its own timetable, unconcerned by “tough” words from Trump or anyone else.

Literally, the only way to currently thwart this virus is to hide from it. That’s how powerful it is. And the only way to thwart this thing, long-term, is through science. So yeah, smart people doing smart things. Again, no “tough” words from Trump will matter a whit.

If Trump wants to treat this as a war, however, why not treat people as actual uniformed soldiers? Give front-line and essential employees veterans benefits, hazard pay, and medals. Give them free socialized medical care like members of the armed forces. Pay out $1 million in death benefits to every one of those workers felled in the line of duty. It’s a war, right? Treat the people like actual warriors.

Speaking of, did you know that real-life warriors, those who are currently wearing a uniform, or did so once upon a time, are also dying en masse? According to the latest tally, 27 Department of Defense service members, employees, and dependents have died from the disease, as well as 771 veterans inside the VA medical system. Obviously, that doesn’t count veterans who died outside of that system, but even now, we’re at nearly 800 dead (and counting).

But Trump doesn’t care. The only time he thinks about our service members and veterans is when they serve his ego, as backdrops for his campaign or photo ops. Otherwise, perhaps he’d keep them in mind and try to minimize the carnage.

But he doesn’t care about anyone. The end. And this toxic brew of psychotic indifference and rank incompetence means that we’re in for hundreds of thousands more deaths before we’re mercifully done with his presidency next January.

The Republican Party will owe this country for the death and destruction it wrought, for refusing to take out Trump when it had the chance (not just impeachment, but via 25th Amendment), and that’s a debt it will never be able to repay.