'I was wrong': McConnell admits his attack on Obama was bogus — and refuses to defend Trump 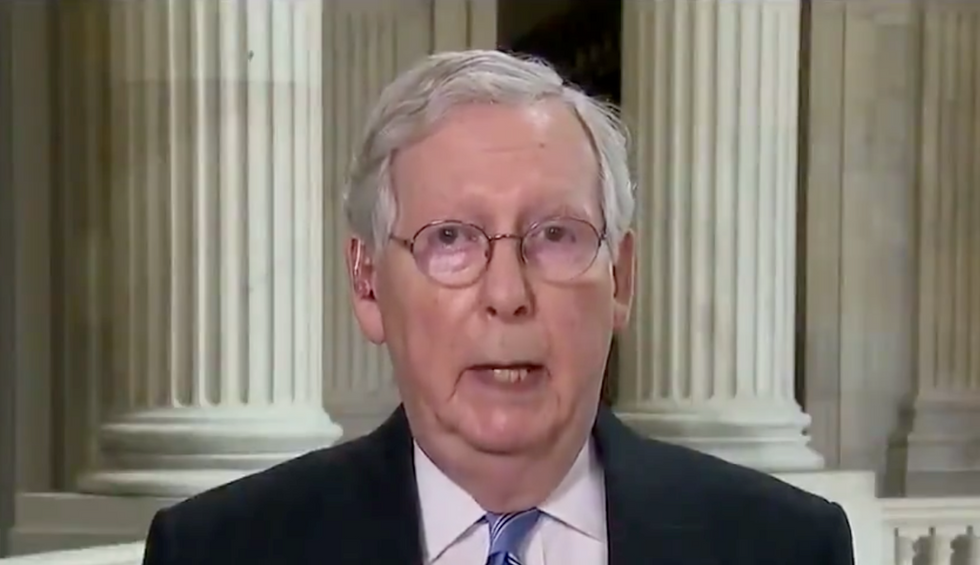 “They claim pandemics only happen once every hundred years, but what if that’s no longer true?" McConnell said to Lara Trump. "We want to be early, ready for the next one, because clearly the Obama administration did not leave to this administration any kind of game plan for something like this."

It was an odd argument to make because Trump had been president for three years when the pandemic began. That's long past the time he can plausibly blame the previous administration for failing to prepare for a disaster. If there was a gap in Obama's disaster preparedness plans, Trump had had enough time to fix it.

Of course, as had already been widely reported long before McConnell made his remarks, Obama did leave Trump a literal playbook for pandemics. The Obama administration even ran through a pandemic tabletop exercise during the transition with Trump officials to prepare for a scenario quite like the coronavirus outbreak.

In light of these facts, McConnell admitted his error on Fox News Thursday night. Host Bret Baier noted that administration whistleblower Rick Bright testified to Congress earlier in the day that the plans were not followed.

"Those plans have been in place, and it's disappointing they were not pulled out this January and followed," Bright said. "They were not put on the table with a strong leader indicating these are our plans, everyone fall in line, and follow through with this plan."

McConnell conceded he was wrong.

"I was wrong, they did leave behind a plan," he said. "So I clearly made a mistake in that regard."

Perhaps even more notably, McConnell refused to defend that Trump administration's handling of the pandemic. That's hardly a sign of confidence in his own party's leader, but it was also a stunning admission of negligence and failure of oversight on the part of the leader of the Senate during a crucial moment in history.

"As to whether or not the plan was followed, and who's the critic, and all the rest, I don't have any observation about that," McConnell said. "Because I don't know enough about the details of that, Bret, to comment in any detail."