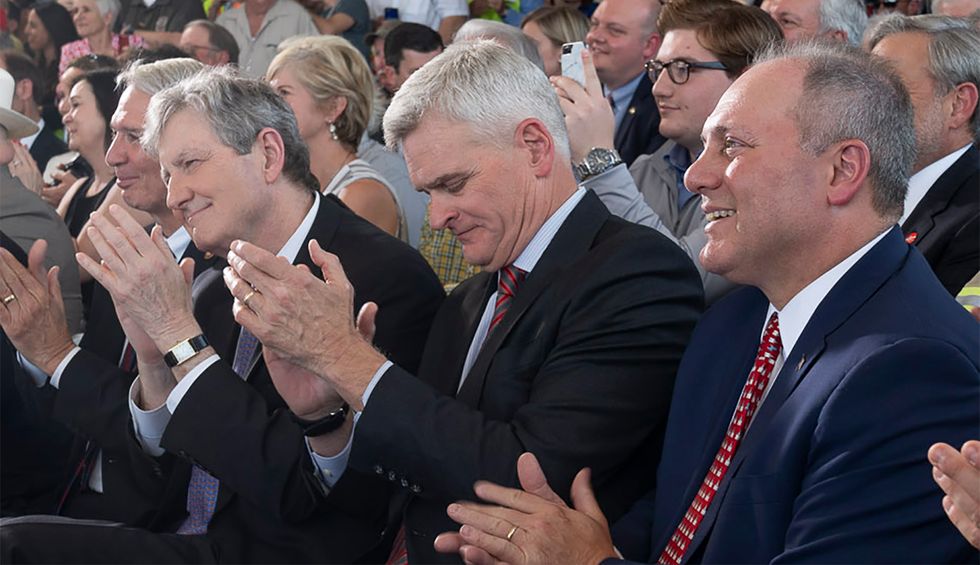 According to a report from the Washington Post, Donald Trump, who had hoped to run a campaign on a strong economy before his botching of the coronavirus pandemic led to almost 40 million job losses, is now looking at running a campaign similar to 2016 that was described as “disruptive.”

The Post notes, “Trump’s moves in recent days make clear that the president has decided to revive the disruptive themes of his 2016 bid, aimed at branding his opponent as a corrupt member of the Washington establishment and himself as an insurgent problem-solver. It’s a message that often has seemed incongruent with the present reality as Trump leads the federal government’s response to the worst crisis in a generation,” however, “Trump’s reluctance to recalibrate his political tactics even as the country faces twin health and economic crises could be the gamble that determines his fate in an election less than six months away, according to campaign officials, strategists and pollsters on both sides of the aisle. The approach also stands as a test of whether running again as a disrupter can work in a time of already profound disruption.”

The problem for Trump this go-around is that the public has watched his performance over the past three and a half years, and what was sold in 2016, may not work this time.

“[Joe Biden pollster John] Anzalone pointed to public polling indicating that Trump’s handling of the coronavirus has cost him significantly with voters, who give the president low marks for his stewardship. Biden has gained ground with suburban voters, independent voters and senior citizens, groups that had previously leaned toward Trump but have drifted away during his presidency, Anzalone said,” the Post reports.

The report notes that the pollster explained that, “… some voters who cast their ballot for a ‘hypothetical Trump’ in 2016 have been disappointed with the real version and will be prime targets for Biden in the coming months. He pointed to senior voters, who have had some of the most dramatic swings away from Trump toward Biden in recent polls.”

“Some Republicans acknowledge that the political landscape has changed since 2016, making Trump’s pathway to reelection less certain,” the Post notes. “Mark Jefferson, executive director of the Wisconsin Republican Party, said Trump’s support is stronger with rural voters than it was in 2016, but ‘we’ve still got work to do in suburban parts of the state.'”

Also hindering the President’s 2020 re-election bid is his inability to hold his widely-covered MAGA rallies.

“The campaign has not had discussions with the state party about having rallies in Wisconsin, Jefferson said, a sign that such events might be a ways off. He said the prospect of not having rallies would be ‘disappointing’ but pointed to the effort by Trump’s team to mount a virtual campaign,” the Post reports. “Some Trump advisers have begun to prepare for the prospect that rallies may not be able to return until just weeks before the election. That level of uncertainty has permeated some of the comments of allies who still favor Trump to win but now acknowledge the unprecedented challenge he faces in vying for a second term at a time of public disruption and hardship.”