Trump will use Defense Production Act to force closed meat plants to reopen — despite the risk: report 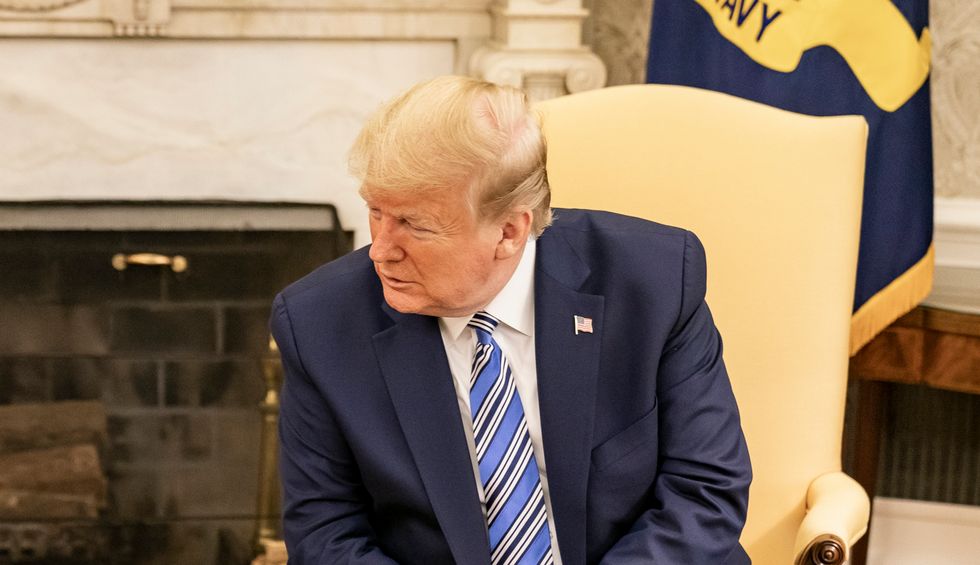 Bloomberg cites an unnamed source to report Trump "plans to use the Defense Production Act to order the plants to stay open."

This would be a ... surprising move, to say the least. The plants, owned by meat producing giants like Smithfield and Tyson foods, have been shuttered due to mass outbreaks of infection among employees and multiple deaths. Over 300 workers in a now-shuttered Smithfield plant tested positive for COVID-19. Trump would essentially be ordering workers at those plants, by law, to return to the job despite the risk.

Workers continue to charge plant owners with taking insufficient measures to protect them from contamination. While Bloomberg reports the government will allegedly "provide additional protective gear" and "guidance" for reopening plants, Trump has hinted that he will solve the problem of endangering workers in a more brute-force way: by immunizing plant owners from liability if their employees do get infected—or die.

This would be a smaller scale version of the blanket immunity the White House and Republican leaders are mulling for all reopening businesses.

Whether workers will agree to return to work is not clear; Trump may be able to "order" the plants to reopen, likely paving the way for plant owners to swiftly fire any workers who refuse to come back or who demand safer working conditions for their return. However, that does not necessarily mean other workers will be eager to take their place after numerous plants throughout America swiftly became hotspots for coronavirus infection.