The coronavirus pandemic is only ‘deepening’ the US' bitter partisan divide: report 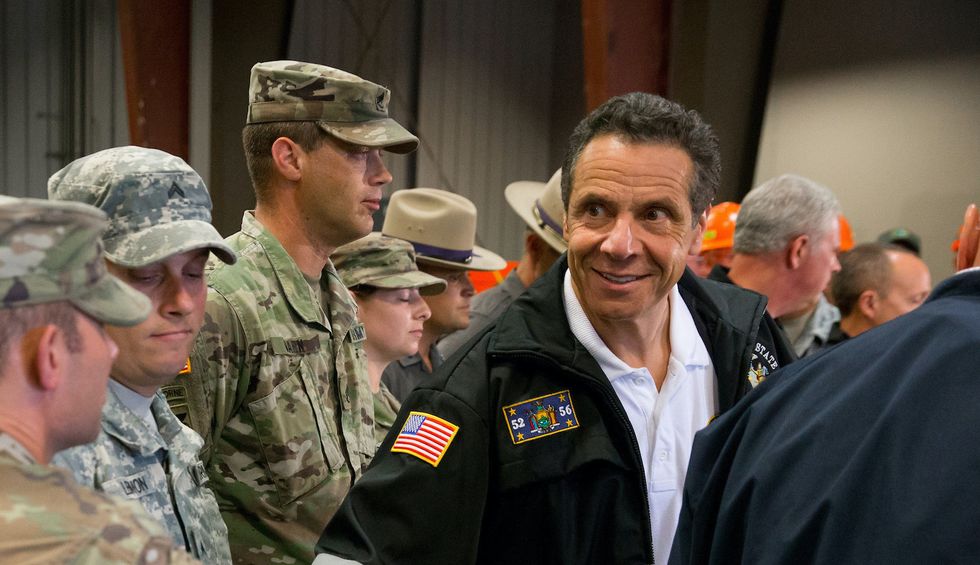 The deep and bitter political divisions in the United States existed long before the coronavirus pandemic — gone are the days when President Ronald Reagan had a cordial, friendly relationship with Democratic House Speaker Tip O’Neill and President Richard Nixon and Sen. Ted Kennedy joined forces on ideas for universal health care. But in an article for The Atlantic, Senior Editor Ronald Brownstein explains why the pandemic could be making the Republican/Democratic divide even worse.

“The coronavirus pandemic appears destined to widen the political divide between the nation’s big cities and the smaller places beyond them,” Brownstein explains. “And that could narrow Donald Trump’s possible pathways to reelection.”

In many pro-Trump right-wing media outlets, the coverage of coronavirus has been incredibly different from that of CNN, MSNBC, the New York Times or the Washington Post. When CNN and MSNBC were sounding the alarm back in January and February, Fox News and white AM talk radio insisted that the mainstream media were exaggerating the threat. But it turns out that CNN and MSNBC weren’t exaggerating in the slightest: as of Thursday morning, April 16, coronavirus had killed more than 138,400 people worldwide (according to researchers at John Hopkins University in Baltimore, Maryland). That includes over 30,000 people in the United States.

Residents of large urban centers and suburbs in the U.S., Brownstein reports, are being hit especially hard by coronavirus — and that could affect how they vote in November.

“Epidemiologists and other medical experts disagree on whether the disease will ultimately besiege smaller places to a greater extent than it has so far,” Brownstein explains. “But there’s no question that it’s exacted its heaviest costs on major cities and their inner suburbs, including New York City, Detroit, Chicago, Boston, New Orleans, Los Angeles and Seattle.”

Polls, Brownstein adds, show that urbanites and suburbanites are much more likely to disapprove of the way that Trump has been handling the pandemic — while residents of rural areas are more likely to approve.

“In a national Quinnipiac University survey released last week,” Brownstein observes, “just 37% of adults living in cities and 44% of those in suburbs said they approved of Trump’s management of the outbreak. By stark contrast, 63% of those in rural areas said they approved. In the latest tracking polling conducted by the Democratic firms GBAO and the Global Strategy Group, a majority of Americans in all three regions said Trump failed to take the threat seriously enough at the outset of the pandemic. But the numbers were significantly higher in urban and suburban areas, where almost two-thirds of respondents said he acted too slowly.”

Trump has been calling for the U.S. economy to reopen in early May. But Democratic mayors of major U.S. cities, Brownstein points out, are “dubious that it will be safe anytime soon to reopen their economies on a mass scale.” According to Larry Levitt, executive vice president for health policy at the nonpartisan Kaiser Family Foundation, “There may also be bigger challenges getting people back to work in urban areas. People in cities rely much more heavily on public transportation, and they work and shop in much closer quarters.”

The coronavirus pandemic, Brownstein writes, could “force” Trump to “generate even bigger margins in small communities to offset a potentially weaker performance than last time in the largest ones.”

“It could force him to generate even bigger margins in small communities to offset a potentially weaker performance than last time in the largest ones,” Brownstein explains. “In all these ways, the virus’ effect on America is coursing through the channels already cut by its existing geographic and political differences. It should surprise no one if a current this powerful and destabilizing only deepens that divide.”