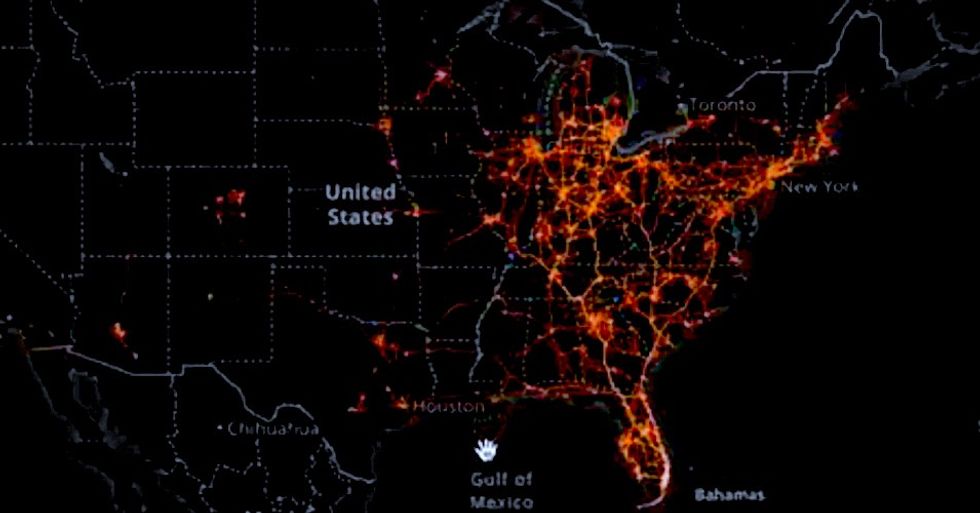 Back in January and February, President Donald Trump and his sycophants in the right-wing media insisted that the deadly COVID-19 strain of coronavirus did not pose a major threat to the United States. But according to the Center for Systems Science and Engineering (CSSE) at Johns Hopkins University in Baltimore, the U.S. is now #3 in coronavirus deaths. And when one closely examines Hopkins data, it becomes painfully clear that the U.S. might be moving into the #1 position in the weeks ahead — and why Dr. Anthony Fauci, expert immunologist, is warning that the U.S. could be looking at 100,000-240,000 deaths from COVID-19 when all is said and done.

According to Hopkins and the CSSE, the COVID-19 pandemic had killed a staggering 54,369 people worldwide as of early Friday morning, April 3. Italy was hit especially hard with more than 13,900 deaths — while Spain, at #2, had suffered more than 10,900 deaths from the pandemic. For the U.S., Hopkins was reporting more than 6000 deaths. But in Italy and Spain, aggressive social distancing might be slowing down the spread of coronavirus — hopefully — whereas the death toll in the U.S. is accelerating rapidly.

The Guardian, on April 3, reported that Spain had experienced its “first drop” in the “daily death toll.” And Time Magazine, on April 2, reported that according to the Italian Civil Protection Department, “the growth rate of total COVID-19 cases in Italy has been slowing since March 8.” Nonetheless, the misery coronavirus has inflicted in Italy and Spain has been horrific.

In the U.S., meanwhile, the COVID-19 death count is showing no signs of slowing down. Hopkins, on April 3, reported over 1500 coronavirus-related deaths for New York City alone.

France has been battered by COVID-19 as well, with Hopkins reporting 5387 deaths in that country on the morning of April 3. Presently, France is at #4 in coronavirus-related deaths.

When House Speaker Nancy Pelosi was interviewed by CNN’s Jake Tapper on Sunday, March 29, she noted that the U.S. had suffered 2000 deaths from coronavirus. But only five days later, on the morning of April 3, that number had tripled.

When Tapper asked the House speaker if she was saying that Trump’s slow response to coronavirus had caused Americans to die unnecessarily, she bluntly responded, “Yes, I am. I’m saying that….. Because we weren’t prepared, we now have 2000 deaths and 100,000 cases.”

The “100,000 cases” figure that Pelosi got from Hopkins has since increased considerably. On early Friday, morning, April 3, the figure Hopkins offered was 245,601. But that’s only reported cases. The U.S. hasn’t had nearly enough coronavirus testing; so, there are no doubt countless Americans who have COVID-19 but haven’t been tested — and they likely range from those who are still asymptomatic to those who are showing symptoms but haven’t been able to get a test.

Pelosi was not exaggerating when she told Tapper how woefully unprepared the U.S. was to deal with the COVID-19 storm that was on the horizon — unprepared in terms of testing, unprepared in terms of making sure that hospitals were prepared to deal with the onslaught of patients who would be showing up in emergency rooms. Trump acknowledges the severity of coronavirus now, but back in January and February, he didn’t take it seriously and even described it as a “hoax” perpetrated by partisan Democrats. Fox News, disgracefully, joined him in not taking COVID-19 seriously.

The 100,000-240,000 figure that Fauci and Dr. Deborah Birx (who is also part of Trump’s coronavirus task force) have been using is one they see as optimistic — and assumes that aggressive social distancing measures will remain in place as long as they need to. Minus sufficient social distancing, the death toll in the U.S. could be even worse.

The coronavirus death toll has accelerated so rapidly that one can visit Hopkins’ COVID-19 page in the morning and find much higher numbers in the afternoon. CNN, meanwhile, has a COVID-19 page for the U.S. that uses Hopkins data and breaks it down by specific states.

At a White House press briefing on March 31, Trump warned, “This could be a hell of a bad two weeks.” For once, Trump was speaking the truth about the pandemic — but given how badly he dropped the ball in January and February, it was too little too late.