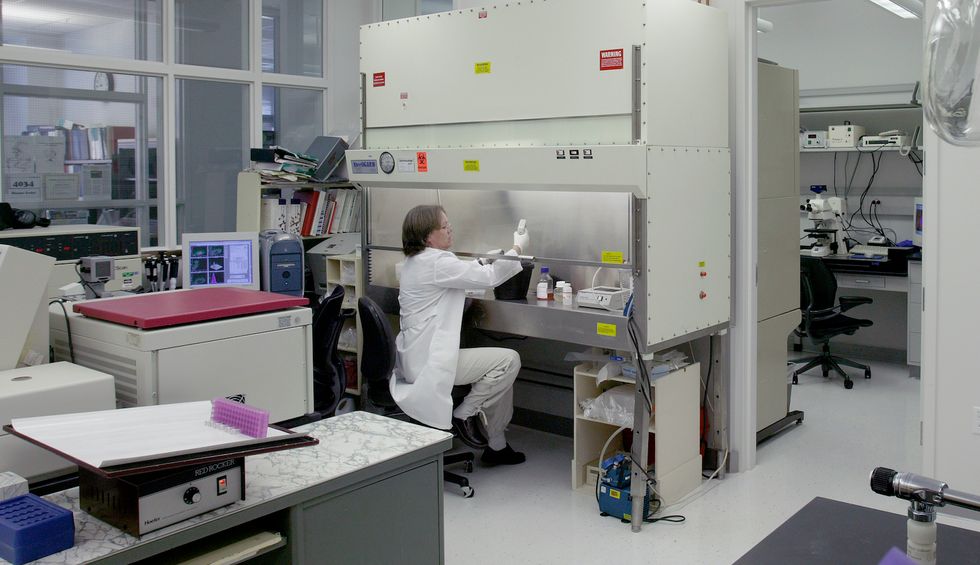 On Saturday the Food and Drug Administration approved the use of two antimalarial drugs, hydroxychloroquine and a related medication, chloroquine, for emergency use to treat COVID-19. The drugs were touted by President Trump as a “game changer” for COVID-19.

However, a study just published in a French medical journal provides new evidence that hydroxychloroquine does not appear to help the immune system clear the coronavirus from the body. The study comes on the heels of two others - one in France and one in China - that reported some benefits in the combination of hydroxychloroquine and azithromycin for COVID-19 patients who didn’t have severe symptoms of the virus.

I am a medicinal chemist who has specialized in discovery and development of antiviral drugs for the past 30 years, and I have been actively working on coronaviruses for the past seven. I am among a number of researchers who are concerned that this drug has been given too much of a high priority before there is enough evidence to show it is indeed effective.

There are already other clinical studies that showed it is not effective against COVID-19 as well as several other viruses. And, more importantly, it can have dangerous side effects, as well as giving people false hope. The latter has led to widespread shortages of hydroxychloroquine for patients who need it to treat malaria, lupus and rheumatoid arthritis, the indications for which it was originally approved.

The idea that the combination of hydroxychloroquine with an antibiotic drug, azithromycin, was effective against COVID-19 gained more attention after a study published on March 17. This study described a trial of 80 patients carried out by Philippe Gautret in Marseille, France. Although some of their results appeared to be encouraging, it should also be noted that most of their patients only had mild symptoms. Furthermore, 85% of the patients didn’t even have a fever – one of the major telltale symptoms of the virus, thus suggesting that these patients likely would have naturally cleared the virus without any intervention.

In another study, posted on medRxiv, which has not yet been peer-reviewed, Chinese scientists from Renmin Hospital of Wuhan University, in Wuhan, China, gave hydroxychloroquine to patients with only mild infections who were free of medical issues, similar to the Gautret study. The results showed that the 31 patients who received the drug showed a lessening of their symptoms 24 hours earlier than patients in the control group. In addition, pneumonia symptoms improved in 25 of the 31 patients versus 17 of 31 in the control group. As noted in several of the comments associated with the manuscript, there are issues related to the translation of the paper, thus clouding interpretations of some of the results. The paper also appears to focus more on pneumonia than COVID-19. However, these issues may be cleared up or addressed once the paper finishes the peer-review process.

But two other studies have conflicting results.

A second French group, led by Jean-Michel Molina, has now tested the hydroxychloroquine-azithromycin combination treatment in 11 patients at the Hôpital Saint-Louis in Paris, France, and their results were strikingly different.

Like the Marseille study, the Molina trial was also a small pilot study. Molina and colleagues used the same dosing regimen as Gautret. In contrast, however, to the Gautret study, eight of the 11 patients had underlying health conditions, and 10 of 11 had fevers and were quite ill at the time the dosing began.

These Paris researchers found that after five to six days of treatment with hydroxychloroquine (600 mg per day for 10 days) and azithromycin (500 mg on day 1 and 250 mg on days 2 to 5), eight of the 10 patients still tested positive for COVID-19. Of these 10 patients, one patient died, two were transferred to the ICU and another had to be removed from the treatment due to serious complications.

In addition, a similar study in China also showed no difference in viral clearance after seven days either with or without the hydroxychloroquine with the patients in the trial. This supports Molina’s findings.

Thus, despite the recent approval of this drug for use against COVID-19, questions remain as to the efficacy of this treatment. As Molina and colleagues note: “Ongoing randomized clinical trials with hydroxychloroquine should provide a definitive answer regarding the alleged efficacy of this combination and will assess its safety.”

Katherine Seley-Radtke, Professor of Chemistry and Biochemistry and President-Elect of the International Society for Antiviral Research, University of Maryland, Baltimore County