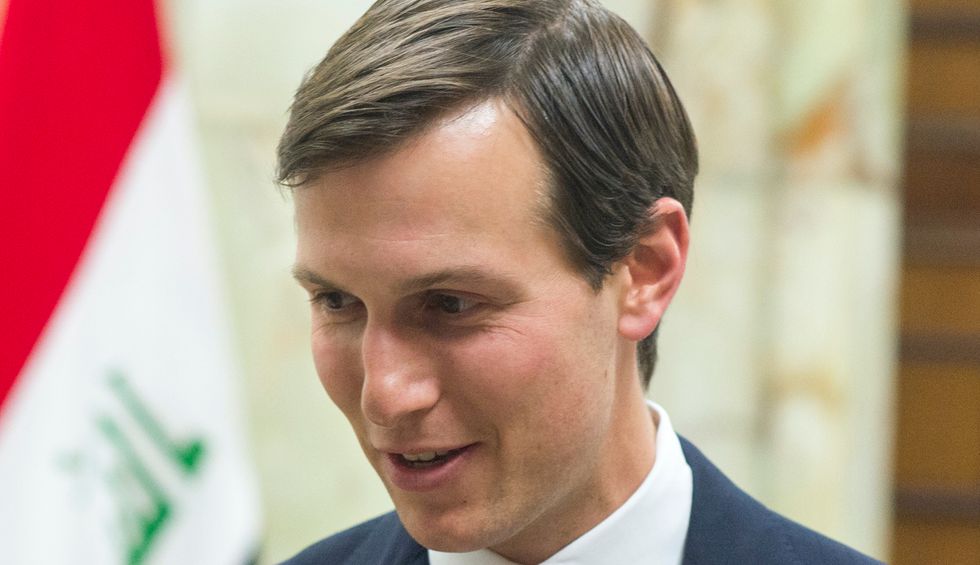 President Donald Trump's obsession with settling scores in the wake of his impeachment and the "princely arrogance" of his son-in-law Jared Kushner delayed the response from the White House in the critical early days of the coronavirus outbreak, numerous Republicans and administration officials told Vanity Fair's Gabe Sherman.

As the number of coronavirus cases in New York reached 4,000, Trump continued to fume about impeachment while dismissing concerns about the outbreak, a Republican in frequent contact with the administration told Sherman.

"Trump was obsessed with Pelosi, Schiff, the media — just obsessed," the source said of the president. "He would say, 'They're using it against me!' It was unhinged."

When Secretary of Health and Human Services Alex Azar tried to warn Trump about the virus, the president repeatedly interrupted him to lament his decision to ban certain vaping products, according to the report. Kushner also dismissed concerns from Azar and other officials.

"Jared kept saying the stock market would go down, and Trump wouldn't get re-elected," a Republican familiar with the situation told Sherman. A source close to Kushner denied the claim.

And as the outbreak grew, so did Kushner's influence.

"Jared is running everything," one former White House official told Sherman. "He's the de facto president of the United States."

While former chief of staff John Kelly "marginalized" Kushner, former acting chief of staff Mick Mulvaney, who has since been replaced with former Rep. Mark Meadows, R-N.C., had no such power.

The sources described Kushner's "princely arrogance" as a "fixture in the West Wing," Sherman wrote. Kushner had a "famously unshakable belief in his own judgment" but "hardened to a degree that was sometimes shocking."

"I told Jared that if Trump won a second term, he wouldn't have to worry about running again. And you can really help people. Jared just looked at me and said, 'I don't care about any of that,'" a New York business executive who met with Kushner at the White House last fall told Sherman. "I wanted to tell Jared, 'You don't say that part out loud — even in private.'"

A source close to Kushner said that he had "no recollection" of that remark.

Weeks passed before advisers convinced Trump to do anything about the virus. The president partially banned certain travel from China on Jan. 31.

After he was acquitted in his Senate impeachment trial, Trump turned days later to settling scores with career officials who testified against him while downplaying the threat posed by the outbreak.

"We only have 11 cases, and they are all getting better," Trump declared on Feb. 11.

"Pence lives in mortal fear of being booted off the ticket," a Republican who heard the comments told Sherman. "Trump constantly reminds Mike that he almost didn't choose him."

As the outbreak continued to grow, Trump blamed the media for amplifying the threat and claimed to aides that journalists would try to intentionally infect him with the virus.

Fox News host Tucker Carlson drove to Mar-a-Lago to warn the president to take the threat seriously during this time. Kushner pushed back, urging Trump not to declare a national emergency because it "would tank the markets," a source familiar with the situation told Sherman. A person close to Kushner denied the claim.

Kushner officially joined the coronavirus response team on March 12 and put together a "shadow network" of tech entrepreneurs. As the response effort came under criticism, Kushner sought to scapegoat Azar for the delays in testing.

"This was a total mess," Kushner told people, according to the report. "To be honest, when I got involved, I was a little intimidated. But I know how to make this government run now."

"The arrogance was on full display," a source told Sherman.

Kushner pushed for a "public-private approach" like the kind he "used for his Mideast peace plan." He sought advice from billionaires like Amazon founder Jeff Bezos and Facebook founder Mark Zuckerberg but "wrought chaos" in the White House, because business leaders did not know who to contact about helping with supplies. During this time, Kushner pushed experimental treatments to Trump that he learned from Silicon Valley executives, a Republican familiar with the situation told Sherman. A person close to Kushner denied this.

"Jared is bringing conspiracy theories to Trump about potential treatments," the Republican said.

A former West Wing official added that "Trump is like an 11-year-old boy waiting for the fairy godmother to bring him a magic pill."

Kushner also dismissed pleas from governors about severe shortages of ventilators as the caseload grew.

"I have all this data about ICU capacity. I'm doing my own projections, and I've gotten a lot smarter about this. New York doesn't need all the ventilators," Kushner said during a White House meeting, according to a participant.

Trump later grew "enraged" after Kushner oversold a plan for Google to roll out a testing website.

"Jared told Trump that Google was doing an entire website that would be up in 72 hours and had 1,100 people working on it 24/7. That's just a lie," a person briefed on the discussions told Sherman.

"This is just another false story focused on rumors about palace intrigue instead of the actual aggressive measures President Trump has implemented to keep the American people safe and healthy," the official told Sherman.

Kushner's role in the coronavirus response has drawn scrutiny. The House Oversight and Homeland Security committees called on the administration to provide documents related to his work.

"Given the 'unprecedented' nature of this partnership, and the numerous reported problems with states and hospital officials being unable to obtain personal protective equipment and other medical supplies, or having shipments of these materials seized by federal officials and spirited to unknown destinations, the American people need an explanation for how these supplies are obtained, priced and distributed," the letters said.

The government watchdog group Citizens for Responsibility and Ethics in Washington (CREW) also called for an ethics investigation Monday into Kushner's team. The organization submitted a complaint to the Office of Government Ethics alleging that Kushner's team appears to have "violated federal conflicts of interest and transparency laws."

"Jared Kushner's task force appears to be playing a critical role in our government's response to a catastrophic pandemic with literally life or death consequences, and yet Americans have no way to know whether task force members are acting in our interest or their own," CREW Executive Director Noah Bookbinder. said "We need task force members to be disclosing their interests and avoiding conflicts of interest rather than acting in secret with no oversight."