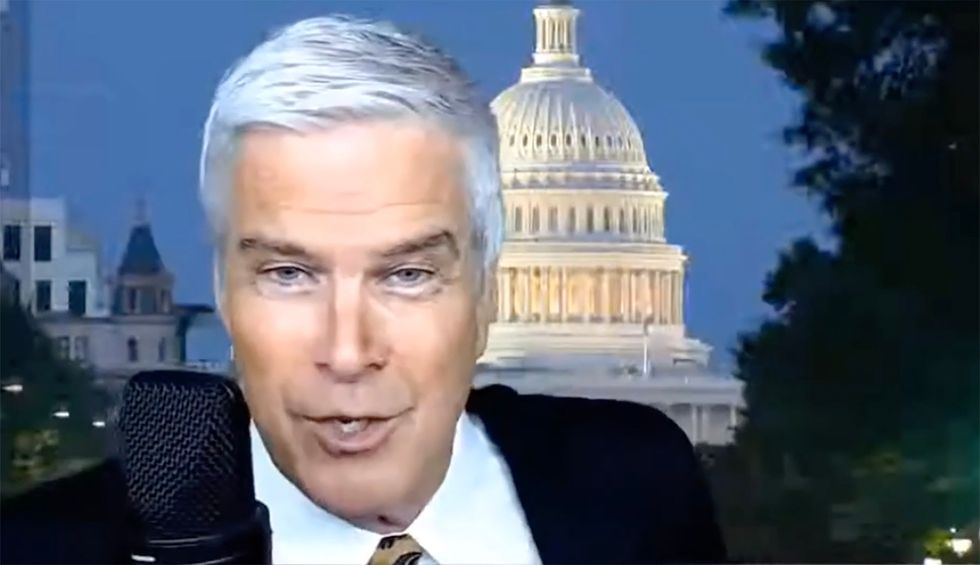 Bill Mitchell, the host of YourVoice America, loves him some Donald J. Trump, and he’s got more than half a million Twitter followers hanging on his every Dadaistic dingleberry of wisdom.

But … he clearly doesn’t know how averages work:

@gtconway3d @KevinMKruse @mitchellvii Bill seems like AI, but I don't think even bad artificial intelligence could be this... stupid.
— John Culver (@John Culver) 1587487203.0

Well, it was 4/20 when he tweeted that. But I smoked a fuck-ton yesterday, and it didn’t come close to turning me into such a giant goofus that I forgot basic arithmetic. Granted, for a minute or two I wondered if there was a version of me somewhere in the vast multiverse who was spending the day artificially inseminating woefully unprepared howler monkeys instead of smoking ganj, but I never got quite this stupid.

Needless to say, Bill seemed a bit, shall we say, testy about being ratioed:

Yup, you move America’s dial — way down to the “dipshit” setting. Thanks much for that, man.