‘I didn’t say it!’ Trump brazenly denies saying we would have 5 million tests a day ‘very soon’ 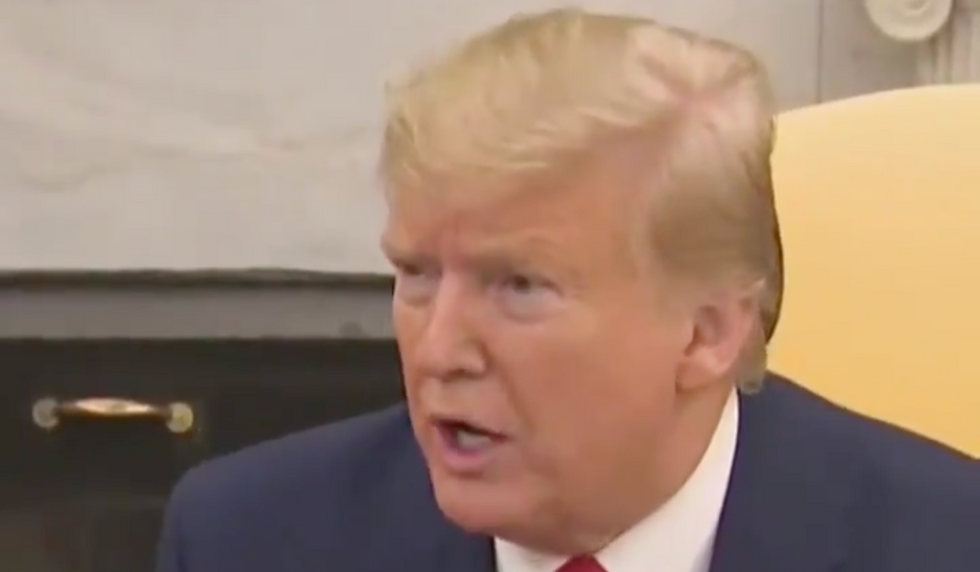 President Donald Trump on Tuesday bragged the United States would be testing five million people for coronavirus “very soon,” but just 24 hours later he is totally denying having ever said that.

“Well I don’t know where it came up,” Trump responded to a reporter asking him about his remarks just one day earlier. “Everyone was saying, ‘You said there’d be five.’ That was a study that came out. Somebody came out with a study of five million people,” Trump told reporters in the Oval Office Wednesday.

Here’s Trump on Wednesday denying he ever said the U.S. would be testing five million people a day, something experts say is necessary to protect the nation when it re-opens.

Here’s President Trump on Tuesday, just one day ago, confirming to a reporter that the U.S, will be testing five million people per day “very soon.”

“You’re saying you can surpass five million tests per day?” the reporter asks.

“Oh, we’re going to be there very soon,” Trump replies. “If you look at the numbers it could be that we’re getting very close,” he adds. That is a lie.