‘I can’t help my anger’: This New York City resident almost lost her husband to coronavirus — and she is still furious with Trump because of it 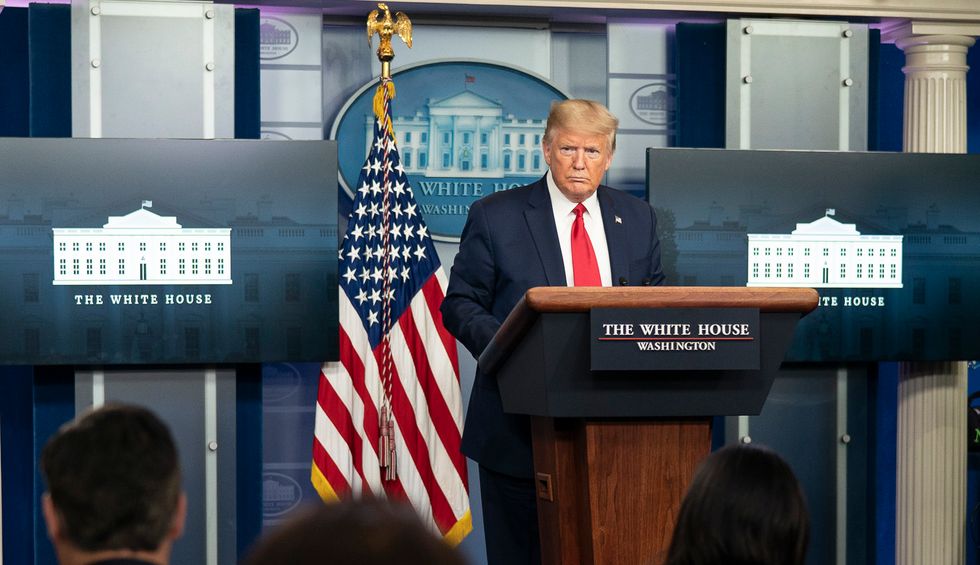 President Donald Trump has dramatically shifted his tone when it comes to the coronavirus pandemic; gone are the days when he claims that COVID-19 is merely a “hoax” or “fake news” that liberals, progressives, Democrats and Never Trump conservatives are using to undermine his presidency. But the fact remains that back in January and February, Trump downplayed the severity of what has turned out to be the world’s deadliest health crisis since the Spanish flu nightmare of 1918. And New York City resident Rachel Dodes, whose husband almost died from coronavirus, explains in an article for Vanity Fair, why she blames Trump for his suffering.

The article, headlined “How Trump Almost Killed My Husband,” pulls no punches. Dodes stresses that during a brutal pandemic, the last thing the U.S. needed was a president who was asleep at the wheel.

“If you told me on November 9, 2016, that in fewer than four years, we’d be hiding in our homes, terrified, fighting for our lives as society shut down around us, the only thing that would surprise me was that it didn’t happen sooner,” Dodes asserts. “Whether it was a terrorist attack, an economic disaster, war, a global pandemic or some combination of the above, I always knew that Donald Trump was beyond ill-equipped to handle a crisis, and that if — or when — one showed up, it would be an unmitigated catastrophe.”

Dodes goes on to explain that she knew she was living through such an “unmitigated catastrophe” when, in March, her “otherwise healthy, 45-year-old husband” was “admitted to the ICU with a serious case of bilateral pneumonia, likely due to COVID-19.” That, according to Dodes, occurred, “only two weeks after Trump told the American people that only 15 people in the U.S. had the coronavirus, and that ‘within a couple of days (the number) is going to be down to close to zero.”

Dodes recalls, “We suspected that he picked up the virus while traveling for work to Seattle, Sacramento and Los Angeles in late February and early March, while our federal government publicly downplayed the severity of the crisis. ‘Just stay calm,’ Trump had said on March 10.  ‘It will go away.’ It’s easier to be furious than scared; so, I let the rage wash over me. I marinated in it. This was avoidable.”

Before her husband, Josh, was hospitalized and placed on a ventilator, Dodes notes, he was “isolated in an upstairs bedroom coughing, barely eating, and running a 103 fever.” And yet, he didn’t receive a coronavirus test nearly as soon as he should have.

“Having a seizure while on a ventilator is what it took to get a timely test result,” Dodes recalls. “The following day, March 23, I found out what I knew already: Josh had COVID-19.” Dodes was told by a nurse that her husband was suffering from severe “respiratory distress.”

Dodes adds, “By March 25, when the Department of Health finally reached me to schedule Josh’s test, I explained that he had already tested positive at the ICU, where he was on life support. The woman on the other end of the line told me she was so very sorry to hear that and asked me if I wanted to get tested instead. Now that I had been in contact with a confirmed case, the good news was that I, too, qualified for testing. I asked if my son would also qualify. She was sorry, but I’d have to call back and make an appointment for him separately. It didn’t make any sense, and I was losing my patience.”

On March 27, Dodes notes, her husband was “still on a ventilator.” But thankfully, his condition improved; he was later discharged from the hospital. And Dodes stresses that she has been feeling a combination of “gratitude and anger” — gratitude because her husband survived, anger because Trump and his Republican “enablers” dropped the ball so badly during a health disaster.

“I can’t help my anger,” Dodes asserts. “That my husband had to go through this in the first place. That our heroic first responders, doctors, and nurses have been put so far in harm’s way because our government wasted precious time that could have been spent “flattening the curve,” protecting us from this deadly virus. That our president is a malignant narcissist who cares more about his power than the lives of the people he swore an oath to protect. I’m angry that his Senate enablers, with the exception of Mitt Romney, were unable to muster the courage to acknowledge the obvious and remove him from office.”