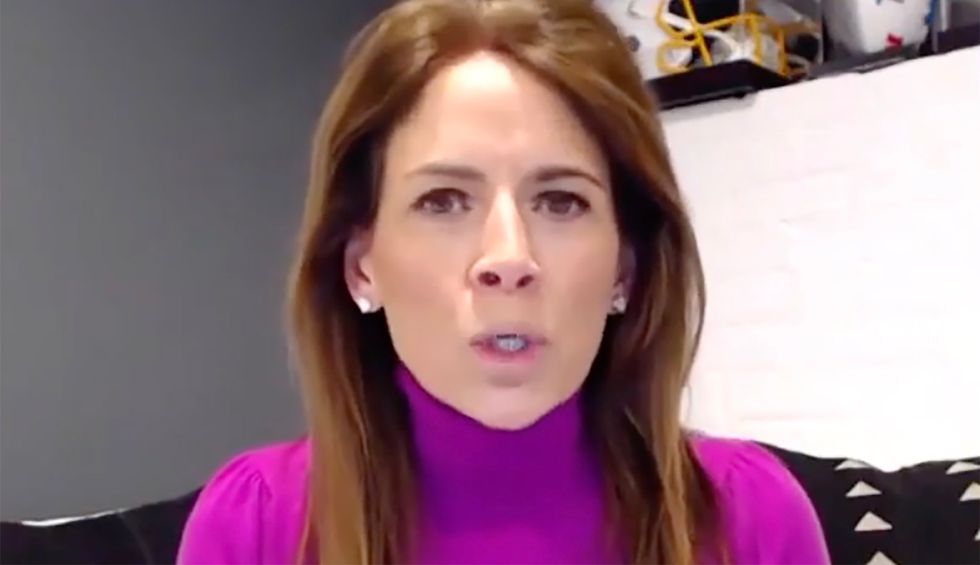 Appearing on CNN early Sunday morning, a former Wall Street executive warned Donald Trump that, if he rushes the country to get back to normal before the doctors give the go-ahead, he could do damage that could take a decade to fix.

Speaking with host John King, Alexis Glick, who currently is the CEO of GENYOUth, was asked by the host about the president’s desire to get the economy up and going while the coronavirus continues to ravage the country.

‘The president talks about a rocket ship,” King began. “You’re in the Bill Gates camp, that the damage here is so deep it’s going to be building blocks.”

“That is precisely right,” Glick replied. “What we witnessed over the past four weeks is essentially economic carnage. We’ve never experienced anything like this. You know, there’s no playbook. and so what we’re seeing the economy do right now is seize up.”

“When you mention those jobless claims — over 15 million jobless claims in the last three weeks — there are some predictions as many as 40 million people may lose their jobs. we’re in completely uncharted territory. and for us to think we can open up as usual even in a staggered approach is far too early in the spectrum,” she continued. “This is a case where politicians or business leaders, all of us are going to look to the direction of the health professionals. We need to choose life over the economy and right now moving too quickly could leave us in a much more dire situation.”

“Many folks, John, talked when this started about a V-shaped recovery,” she added. “If we’re not careful how we open this economy, we could find ourselves in an L-shaped recovery; one that takes us a decade to get out of this.”