Der Spiegel on Trump's America: 'Is the world witnessing the collapse of a superpower?' 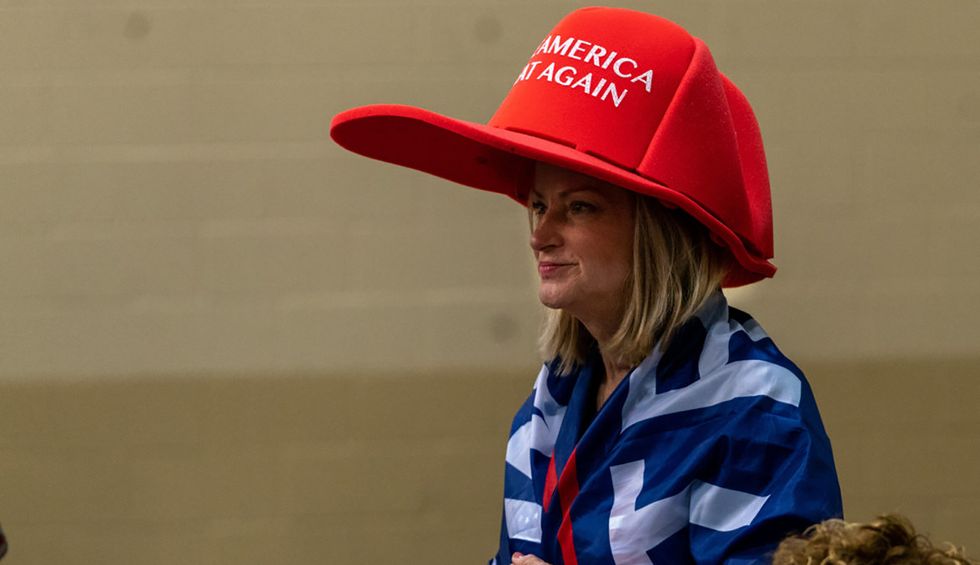 I knew Trump would be a disaster, but I didn’t expect his feckless fucknuttery to cut this close to the bone.

“Make America Great Again” — a slogan that was always laughable on its face — now seems like a cruel practical joke, and we’re left wondering how we’re going to get through the coronavirus crisis before sanity is restored in the form of a functioning adult president.

But even though we’re already deep in the soup, and it’s become increasingly clear that a chipmunk with its head stuck in a Mountain Dew can would make a better president, other countries’ perspectives are still valuable. And, as it turns out, pretty jarring.

In a recent article, the venerable German magazine Der Spiegel didn’t just recount the now-familiar litany of Trumpian failures that have made us the new world COVID-19 champion, it also speculated on whether this moment in history will be an inflection point auguring America’s twilight years.

[U]nlike in previous global crises, the U.S. is failing as a global leader. The country is currently too concerned with itself. Trump, as is so often the case, is trying to save himself by attacking the international organization that is supposed to coordinate the global fight against the crisis: the World Health Organization (WHO). He has threatened to defund the WHO because, he claims, it "blew it.”

During his inaugural speech in January 2017, Trump also said: "America will start winning again, winning like never before.” Now the U.S. has become the problem child in the global battle against the virus. While China and South Korea have stopped the spread of the contagion for the time being and parts of Europe are trying to slowly return to normality, the U.S. is setting one negative record after the other. No other country has as many infections, and the White House itself is predicting up to 240,000 deaths by fall. A study by the Federal Reserve Bank in St. Louis estimates that 47 million Americans will have lost their jobs by June.

The article cites our weak, patchwork health care system as one of our greatest disadvantages, but it also notes that a “capitalist system that is unrestrained during boom times, and unimpeded when it crashes” could bring us even lower than other nations. So low, in fact, that it might be worth speculating whether Trumpian Republicanism will, far from making us great again, ultimately turn us into an also-ran.

Is the world witnessing the collapse of a superpower? Is the U.S. facing a "Suez” moment, as Washington-based political scientist Rush Doshi puts it? In the fall of 1956, Egypt won the conflict over the Suez Canal, thus demonstrating to the world that the days of the British Empire were finally a relic of the past.

The end of the American era has often been evoked, but the signs of crisis have never been as clear as they are now. Although the virus began its spread at a market selling exotic animals in Wuhan, China has become the first country to contain the pandemic. It is now airlifting simple, but nevertheless scarce products to the U.S.: fever thermometers, masks and protective gowns.

Uh huh. China is now sending us supplies. Think about how that looks to others on the world stage. Think how that undermines our status as a leader in the eyes of the world. If German journalists can see our fumbling, bumbling, and tardy response to the biggest challenge we’ve faced in decades, how silly do we look to governments in the rest of the world? And who might step up to fill the leadership role we’ve held onto since the end of World War II?

Trump has always been a bag of bluster and little else. For someone who has desperately tried to project strength, weakness and incompetence have always defined him.

And if he succeeds in anything, it may be in finally bringing America down to his level.