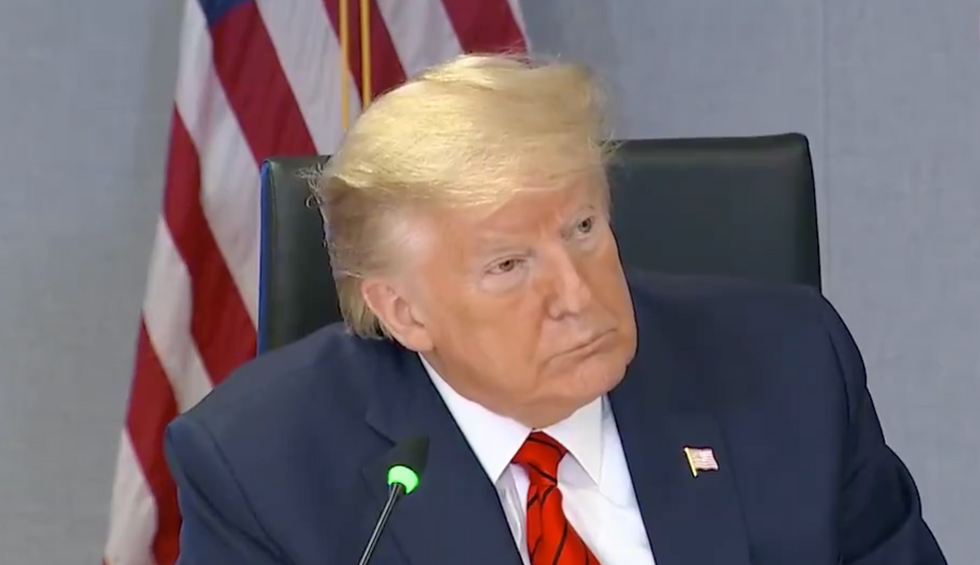 “At his or her daily news conference, you will see someone in command of the facts,” Rubin wrote of Cuomo, noting he knows the number of infections, patients, beds, ventilators and discharged people. She explained it’s clear he has a sense of his mission.

“At his or her daily news conference, you will see someone in command of the facts,” Rubin wrote of Cuomo, noting he knows the number of infections, patients, beds, ventilators and discharged people. She explained it’s clear he has a sense of his mission.

“I think also in looking at the way that the contagion is so contagious, nobody’s ever seen anything like this where large groups of people all of a sudden have it just by being in the presence of somebody who has it. The flu has never been like that. . . . Also the violence of it if it hits the right person,” Trump told the press during Wednesday’s briefing.

“The contagion is so contagious. That’s the president of the United States,” Rubin mocked.

This isn’t the first time Trump is hearing this information. Feb. 16, Dr. Anthony Fauci was on “Face The Nation” explaining how contagious the disease was and calling it a pandemic before even the World Health Organization.

“He was warned by experts for weeks that this was highly contagious and that this was not the ordinary flu,” Rubin recalled. “Apparently, he was either not listening or did not understand that “just by being in the presence of somebody who has it” the contagion can, well, be contagious. The mind reels.”

Even Vice President Mike Pence is only slightly better.

During Wednesday’s press conference, Pence clearly didn’t know or understand that there are Americans without health insurance. As 6.6 million Americans file unemployment claims, those people also lost their health insurance, if they had it to begin with.

“You would think the president and vice president’s abject ignorance would be a source of embarrassment,” Rubin closed. “Nope. They are locked in the right-wing media disinformation bubble. They find out details under duress. Only when things go very badly and their experts are forced to confess bad news do they grudgingly move into the real world. The change in ‘tone’ that too many gullible reporters coo about is the point at which Trump’s lies, disinformation and self-delusion can no longer be sustained. No wonder he looks deflated.”