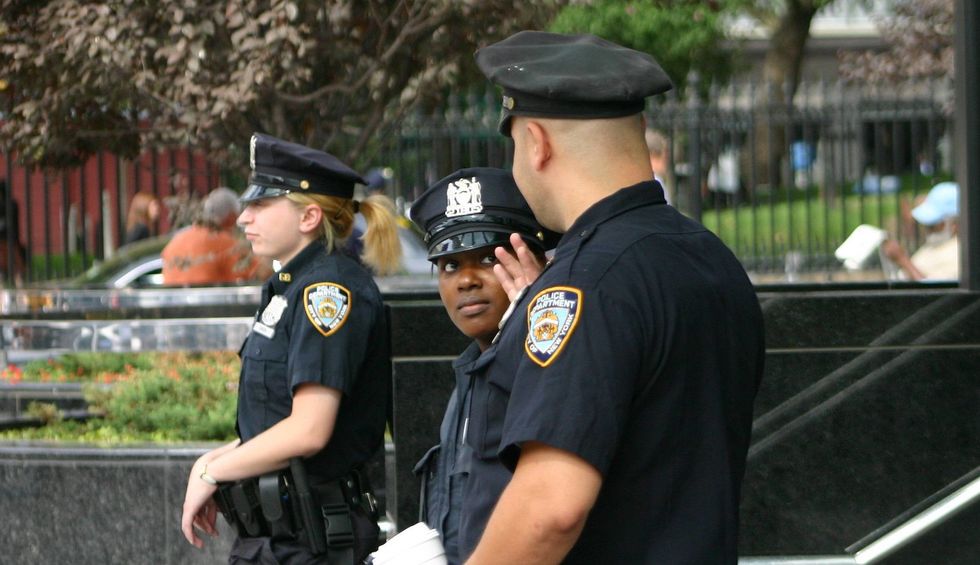 Far-right groups opposed to social distancing measures and stay-at-home orders have been protesting at small rallies and demonstrations in different parts of the United States, some of which are reportedly funded by right-wing donors. An anti-shutdown rally was announced for Sunday on New York City’s Staten Island, but according to the SILive website, no one showed up — except the New York Police Department (NYPD).

It’s no secret that New York City has been hit especially hard by the coronavirus pandemic. According to researchers at John Hopkins University in Baltimore, more than 14,450 people have died from COVID-19 in New York City — and Democratic Gov. Andrew Cuomo has been emphasizing that its hospitals are absolutely overwhelmed. Nonetheless, the extremists who announced the would-be event circulated a flyer promoting an “End the Lockdown Rally” and declaring “Liberate Staten Island.”

It gets worse: the flyer urged Staten Island residents to “bring your children,” noted that “no mask” was needed and asserted, “If you’re sick, still come — it’s your right.”

But in a city where more than 14,450 people have died from COVID-19, it seems most people have enough common sense to realize that Cuomo isn’t shutting down NYC and other parts of his state because he wants to inconvenience people. He’s trying to save lives. And SILive’s Rebeka Humbrecht reports, “No one showed up for Sunday’s rally — except the police.”

Those who promoted the Staten Island rally that “didn’t come to fruition,” according to Humbrecht, appear to be supporters of President Donald Trump: the bottom of the flyer featured a #MAGA hashtag.