Why COVID-trutherism is so popular on the right 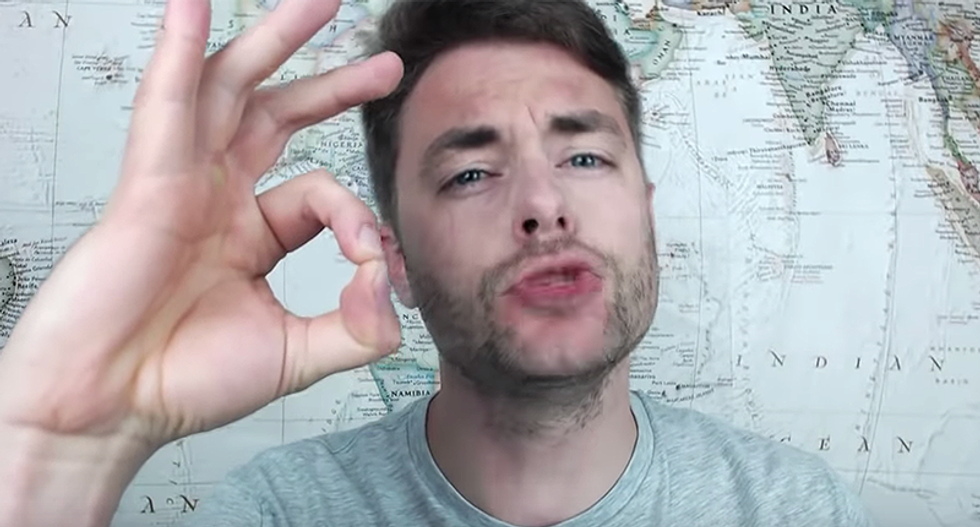 Thirty days ago, Donald Trump said confidently that “we have 15 cases of COVID-19 that have been detected in the United States... [but] because of all we’ve done, the risk to the American people remains very low. … within a couple of days [the number of cases] is going to be down to close to zero."

Today, less than a month later, we will hit 100,000 confirmed cases. And experts say that because of limited testing capacity, many more than we know are infected. If current trends persist, we'll have one million cases on April 6.

Yet despite the rapid spread of the disease, there's still an abiding belief among many conservatives that this is no more serious than the seasonal flu, and the problem is being hyped by Democrats and the media to hurt Trump's chances in November. A poll released this week found that over 60 percent of Fox News viewers embrace that view. Right-wing pundits talk about the annual death rate from influenza and car accidents, and while doctors and nurses say that many COVID-19 fatalities are going unreported, some on the right are convinced that the rising death toll is also exaggerated.

On its face, the reason for this disconnect is straightforward. The president is a serial liar who's incapable of processing events in any context other than his own interests, knows this is a catastrophe unfolding on his watch, and has been telling this story to his base every evening during the White House's Coronavirus Task Force briefings.

But let's dig down a little deeper.

First, we should acknowledge how incredibly appealing this storyline is. Grappling with the reality that public health experts describe is downright scary. Take a step back, and it's easy to see how comforting it must be to believe that everything is basically normal, this pandemic is only fatal for a handful of older, sicker people and that another deep recession is only approaching because the pernicious media aren't reporting the scope of the problem accurately. At this point, who among us wouldn't be thrilled if that were really true?

Motivated reasoning--the process of embracing even dubious information that supports one's strongly held views and rejecting that which contradicts them--requires two things. First, you need motivation. Nobody engages in motivated reasoning over mundane things, or issues that they don't feel strongly about.

They have that in abundance. Studies have long found that "political conservatism is associated with an increased negativity bias, including increased attention and reactivity toward negative and threatening stimuli." This a fearful time, and people on the right tend to be highly sensitive to threats.

The second component is having seemingly legitimate, reassuring information to latch onto. In this case, they see the White House, Republican officials at all levels of government and the conservative media unified around the message that this pandemic is a readily manageable problem being overblown for partisan purposes.

Finally, and perhaps most importantly, the outbreak has so far hit urban areas and blue states hard, while in many rural, conservative parts of the country it is still an abstraction. Fourteen states have 1,000 or more confirmed cases, and only four are red (Texas, Tennessee and Louisiana) or reddish (Georgia). When people see others in their own communities suffering grave illness or death or lose loved ones to the disease, reality will break through the partisan spin, but that hasn't happened yet.

It will. The data show that COVID-19 spreads exponentially unless or until aggressive social distancing measures are put into place and enforced, and the 28 states that have not done so are mostly led by Republicans. And polls show that those believe the COVID-truthers on Fox News and among their elected officials are less likely to wash their hands regularly, avoid large gatherings or take other measures to avoid infection. According to Nate Silver, on Tuesday "cases increased by 31% in Trump states as compared to 21% in Clinton states." That trend is likely to continue or accelerate as long as conservatives hold onto the belief that this isn't really a historic public health crisis.

It's a tragic paradox: Pandemic denialism won't survive widespread outbreaks in conservative communities, but it all but guarantees that they will suffer a lot of illness and death in the coming weeks and months. But this is what happens when a political movement eschews expertise and dismisses science--and rallies around a leader who cares deeply about his political prospects but seems unconcerned about the health and well-being of his supporters.