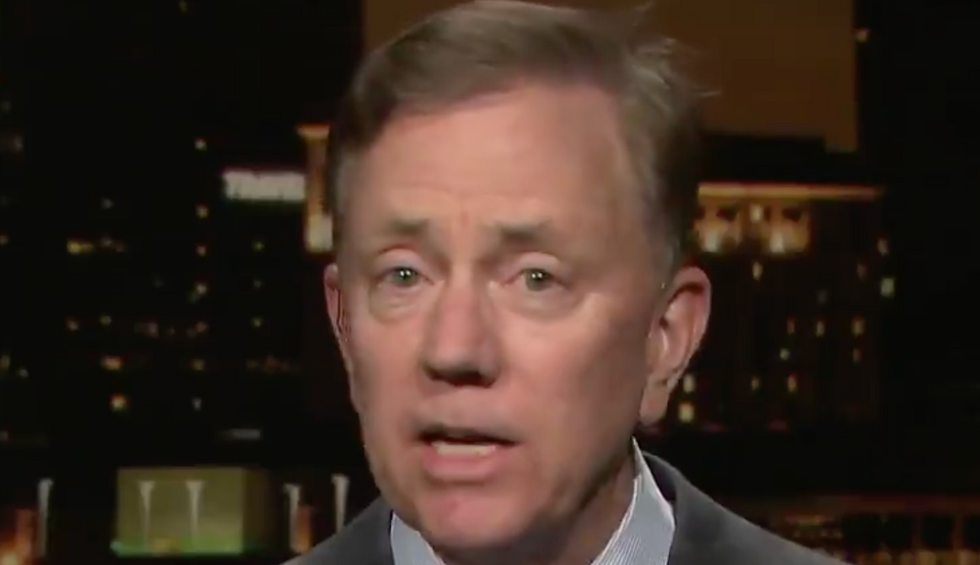 Connecticut Governor Ned Lamont is frustrated over the lack of available coronavirus tests.

Lamont Monday night expressed that frustration to MSNBC’s Chris Hayes, saying that one hospital in the small city of Danbury has a hospital where 200 nurses cannot work, apparently because of possible coronavirus exposure – and he has no ability to test them.

“I can tell you Danbury Hospital is at capacity, and they have 200 nurses on furlough because they were in contact,” Governor Lamont told Hayes. “If I could test those nurses, I could potentially get them back into the game.”

“Wait a second. You’ve got 200 nurses, sitting on the sidelines right now who can’t get back to work because they can’t be tested to confirm whether or not they have the virus?”

President Donald Trump has repeatedly claimed that anyone who wants a coronavirus test can get one.

58 members of the Utah Jazz basketball team were able to get tested immediately.