Trump ignored advice to tell country the coronavirus pandemic was ‘bad and could get very worse’ in early March: analysis 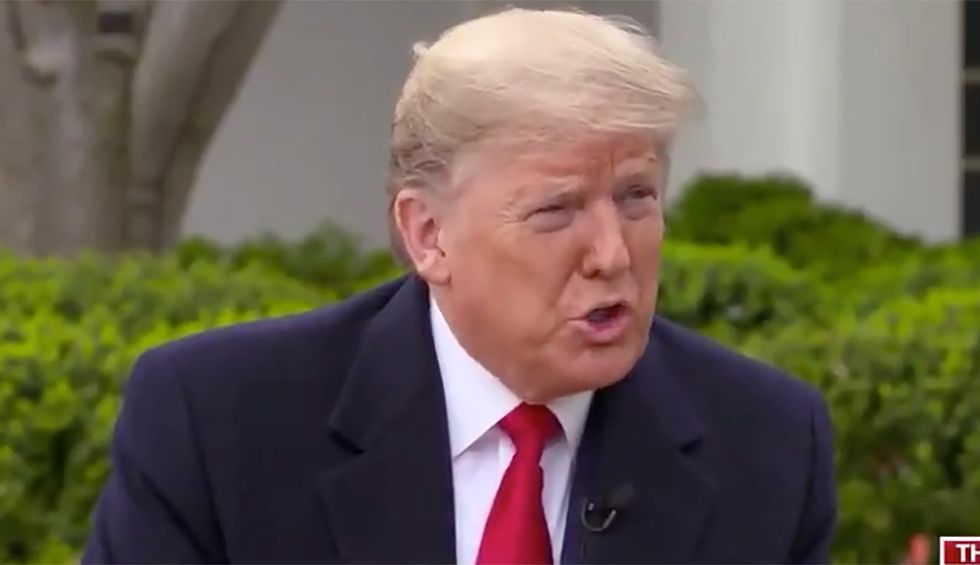 According to a day-by-day examination of the White House efforts to get up to speed on dealing with the growing coronavirus pandemic that has now brought the country to an almost complete standstill, Politico reports that Donald Trump was advised in early March to warn the public things were about to get worse and chose to ignore that advice.

The report notes that the final realization about the dangerous spread of COVID-19 preceded the president’s rare prime time address to the nation.

“In early March, the president and his team recognized the writing on the wall, besieged by concerns from allies across the country. There were now over 1,000 cases in the U.S. The World Health Organization declared a pandemic. The stock market plummeted, even halting trading for 15 minutes on March 9 to avoid a market-crashing slide,” Politico reports. “Trump and his team scrambled to address the nation’s concerns in an Oval Office address — only the second one Trump had ever made.”

According to the report, one White House adviser stated at the time, “If tonight isn’t Trump saying, ‘This is bad and could get very worse, you need to take every precaution necessary,’ then he can kiss a second term goodbye.”

However, the president ignored that advice, with Politico noting, “Instead, the president, in hastily arranged remarks, said he was barring all travel from Europe and promised that health insurers had agreed to cover all coronavirus treatments. Investors panicked — would necessary cargo still be allowed to come into the U.S.? Insurers were taken aback — they had only agreed to cover coronavirus tests, not all treatment.”

The report goes on to state that the White House then had to scramble to clarify the president’s remarks as the stock market lurched into another decline.

You can read more about the early days of the White House response here.

Far-right radio host gives Trump cultists a dose of reality: ‘There is no theft of election’

QAnon has a bizarre new conspiracy about Biden's broken foot