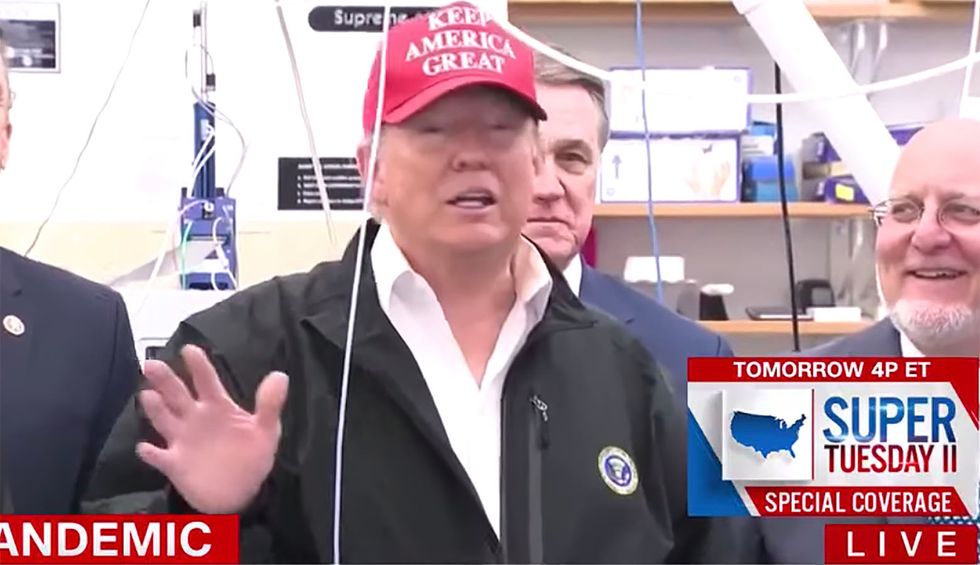 In a scorching segment on Monday morning, CNN is reporting that President Donald Trump is facing a revolt from senior Republican Party officials over the exploding coronavirus crisis.

Appearing with ‘New Day” hosts John Berman and Alisyn Camerota on Monday, reporter Kristen Holmes detailed how the White House is faltering now that officials have begun calling it a pandemic.

“President Trump continues to insist that he is happy with his team’s handling of all of this. but White House officials aren’t being so generous,” Holmes detailed. “First of all, they feel President Trump may not feel this way for a long time given the rising numbers and the questions about how the administration handled it. Behind closed doors they’re starting to question some of the decisions the top health agencies made at the beginning of this outbreak, particularly surrounding the [Centers for Disease Control] CDC.”

“I want to read you one statement from a senior Republican official involved in this response,” she continued. “They say, ‘The message is, if you’re on the wrong side of this administration, you are gone. People are afraid, either there was a terrible incompetence or there was a heavy hand on the scale.’ So this is deeply chilling and disturbing, this idea that President Trump’s obsession post-impeachment with loyalty might play a factor in all of this and how they’ve handled it, particularly given a point where we’re now calling this a pandemic and there are dozens, if not hundreds of people trying to get answers.”