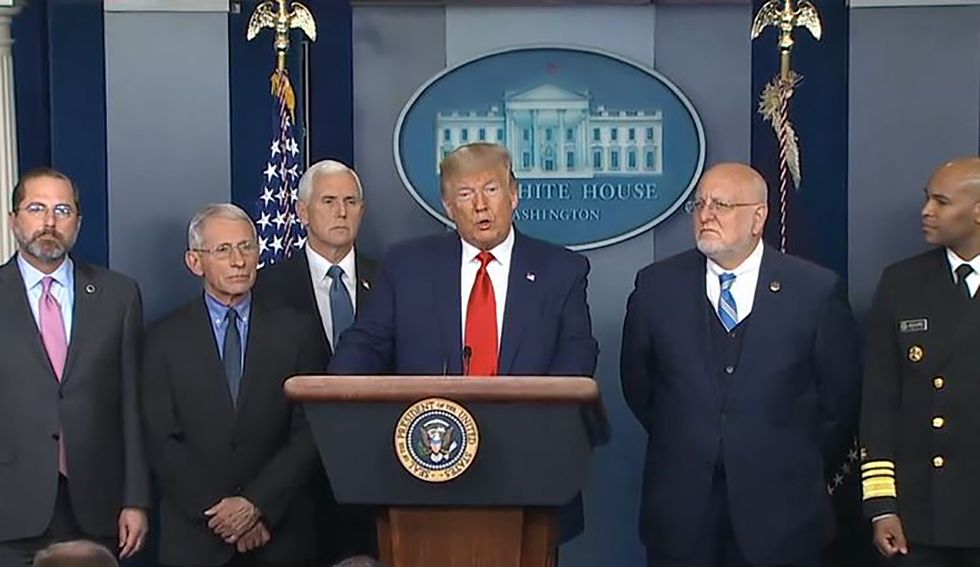 We’ve had three or four seemingly contradictory court rulings this week that make it impossible to understand where the powers of the presidency and Congress legally are set – and an outright plea from the Washington D.C. Court of Appeals majority to settle it themselves and to please leave judges out of the question.

But what is easy to understand is that the courts occupy a very thin line between allowing a monarchial presidency or a democracy that believes in oversight.

The three court decisions – overturning the policy to leave asylum seekers in Mexico while they wait, upholding a policy that can require cities and states that receive law-enforcement grants to cooperate with immigration authorities, and that absolves top administration officials such as former White House counsel Don McGahn from having to answer Congressional subpoenas – each are substantial and controversial.

Clearly the cases deal with different subjects, each with worthy arguments that happen to fall along pro-Trump and anti-Trump policy-making. But together, they create a very messy legal battlefield for resolution of fights between Donald Trump and a Democratic-majority House.

It was a central plank of the Trump defense in the recent impeachment trial that the House Democrats had failed to take each of the many rejected congressional subpoenas to the courts. The ultimate joke here from the Court of Appeals is that they don’t want to settle such inter-branch disputes.

All of these cases will go on to the Supreme Court. There is too much political ego and true policy substance at issue. In addition, the Supreme Court has agreed to hear three separate court cases involving demands for access to Trump’s financial and tax records, putting the justices in the position of making high-profile decisions on unlocking some of Trump’s closely held secrets in the middle of the 2020 presidential campaign.

These cases and new decisions follow Trump’s insistence on widening the powers of the presidency in such obvious and broad ways as to make his office more those of a monarch than a president. And they follow an equal number of efforts by Congress, and particularly by the Democratic House, to clip those powers – in rearranging approved budgets to build his border wall over their objection, in ordering Cabinet officials to skip hearings meant for government oversight, in the abuses of office that landed Trump an impeachment trial.

As evidence of confusion, yet another federal judge ruled on Sunday that it was unlawful to appoint Ken Cuccinelli to lead the agency responsible for processing U.S. immigration requests, bringing decisions made on his watch into legal jeopardy.

Oh, for some legal clarity.

Just in case you didn’t think there was enough riding on the November elections, consider the sheer number of judicial appointments the Trump administration and Republican Senate Majority Leader Mitch McConnell together have set free into the nation’s courts. Part of the reason for increasing legal cloudiness over the boundaries between White House and congressional powers is coming from the number of new judges in the system.

And yet another reason is the insistence of Trump administration officials to seek out the most extreme methods for pursuing their policy goals, the equivalent of banning all travel to U.S. airports by Muslims or removing infants from migrant parents seeking asylum at the border.

The continuing dispute with sanctuary cities and states, for example, is a clear policy difference between an administration wanting to drop the hammer on undocumented immigrants and local police who want to guarantee that they can stop crime by hearing from residents regardless of their immigration status. But choosing to withhold federal funds approved under unrelated programs to treat local officials in a punitive fashion is an expression of power, a bullying move by the administration. In that way, it exacerbates federal-state and White House-Congress power limits.

In like fashion, a court decision forcing the Trump administration to rethink its policy to push asylum seekers to wait for months or years in Mexico rather than in the United States is more than a debate over immigration policy. It is a judgment on whether there are limits on presidential powers.

In that regard, the Court of Appeals’ 2-1 decision that favored Trump administration obstinance to answering congressional subpoenas for McGahn is the most direct among the three cases this week. It is a tool that will be used over and over for the remainder of Trump’s time in office to resist any government oversight, and it raises serious questions about when and how Congress is supposed to do its job.

On behalf of the president, the Justice Department had argued that the Constitution categorically bars the courts from stepping into this kind of dispute between the politically elected legislative and executive branches – the utter opposite argument used by Trump’s lawyers in the impeachment trial. Two of three judges agreed and dismissed the case, finding it has no authority to resolve the issue.

House Speaker Nancy Pelosi said the House would seek a re-hearing by the full court and continue its oversight efforts.

It’s a mess that could be avoided by remembering that all these people work for us, and not the other way around.