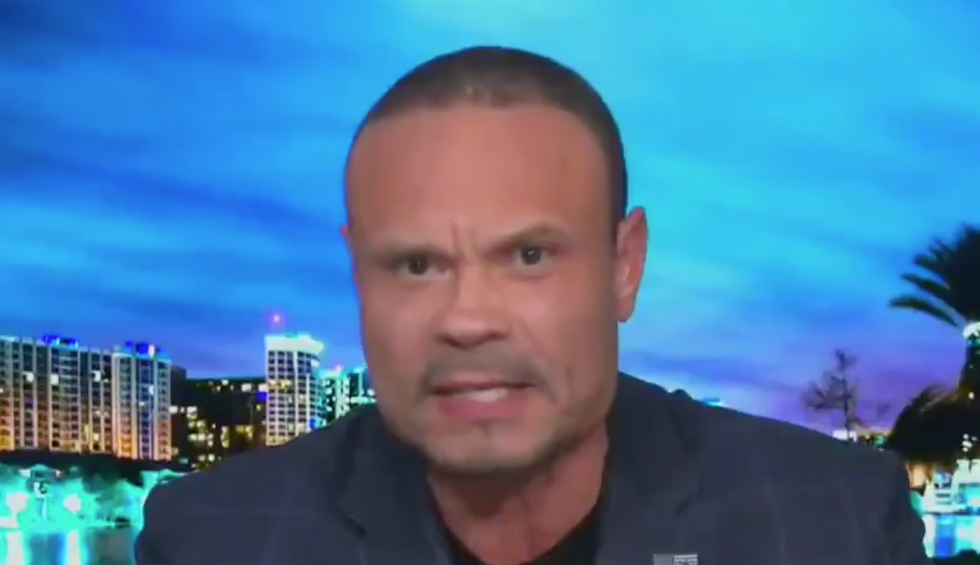 As conservative media figures and Republicans pivot from their failed strategy of downplaying the seriousness of the coronavirus pandemic, they're adopting a deeply cynical new ploy to help manage perceptions of the growing outbreak.

Along with President Donald Trump, many right-wing personalities are insisting on referring to the pathogen as the "Chinese virus" or the "Wuhan virus," which refers to the city in China where the first tracked outbreak of the virus occurred.

A reporter pressed Trump on Wednesday for an explanation of this terminology.

"You keep calling this the 'Chinese virus,'" she said at the day's White House press briefing. "There are reports of dozens of incidents of bias against Chinese-Americans in this country. Your own aide, [Health and Human Services] Secretary [Alex] Azar, says he does not use this term. He says, 'Ethnicity does not cause the virus.' Why do you keep using this? A lot of people say it's racist."

Of course, the idea that Trump wants to be "accurate" is laughable on its face. This is a man who intentionally mislabeled the floors in his buildings to make them seem higher than they were. And the "Chinese virus" is not an accurate name for the pathogen; many viruses could potentially originate from the country, and it's possible we could eventually learn it really originated somewhere else. "Covid-19" is the precise name of the disease, if we want to be most accurate, though the broader label "coronavirus" is also applicable and commonly understood. (Technically the virus itself is known as SARS-CoV-2, but "Covid-19 virus" or just "Covid-19" should be as specific as anyone needs to be.)

It's true that, originally, many outlets referred to the pathogen as the "Wuhan virus," including on articles printed for AlterNet. But that's before it had been officially named, and now experts — including, as was pointed out, Secretary Azar — agree that there are serious downsides to using a geographic term in the virus's name.

Still, many conservatives are insistent that it be called the "Chinese virus":

I don’t understand why China gets upset bc we refer to the virus that originated there the ”Chinese virus” Spain ne… https://t.co/wctmYBNHtZ
— ChuckGrassley (@ChuckGrassley) 1584532483.0

(In fact, referring to the 1918 outbreak as the Spanish Flu is highly misleading.)

Fox News contributor Dan Bongino was similarly outraged about any criticism of the term:

"You're not going to tell us how to talk about it!" he said.

Weija Jiang of CBS News reported that a White House official called the virus the "Kung flu," adding: "Makes me wonder what they’re calling it behind my back."

Conservative pundit Erick Erickson initially lauded this term, calling it a "funny, clever play on words." But he said that he changed his mind about the joke after others explained to him why it was offensive:

And yet he has continued to insist that the outbreak should be called the "Chinese virus," and he dismissed any suggestion that it could be racist. His argument about why this would be so, however, was deeply revealing.

For example, he retweeted the following tweet about the Chinese government:

But he also retweeted the following tweet about Trump:

I am so sick of seeking the news on Coronavirus and constantly getting bombarded w/how it’s all Trump’s fault or wh… https://t.co/GpiwvYvnrh
— Megyn Kelly (@Megyn Kelly) 1584557586.0

See how it goes? In the conservative mind, it's obviously right to call the coronavirus the "Chinese virus" — because the Chinese government was deceptive and incompetent in its response. But this is not at all the time to criticize Trump for his deceptive and incompetent response to the virus — because we can "play the blame/political game later."

The truth is that the Chinese government genuinely is responsible for a truly disastrous response to the outbreak of the virus, and it's important that we understand how that happened. Those who are most responsible should be named and shamed, at the very least. But as many have pointed out, focusing on the geographic origins of the virus — rather than the botched Chinese government response — risks inflaming racism against Chinese Americans and others, which should be entirely unacceptable. Erickson himself even acknowledged this problem when recognizing that the "Kung flu" joke was inappropriate.

So the defensiveness about Trump's response is what's really important here. While many conservatives spent weeks downplaying the coronavirus, that path has become unsustainable. So now they need another tactic, and that's shifting the blame. That's why it's so important to them that they label the virus with its Chinese origins, so that the focus can be kept on an external enemy. That, they clearly hope, will deflect the inevitable blowback Trump will face for such a disastrous response to the pandemic.

And it's also in the right-wing media's interest to get into semantic debates about names, political correctness, and racism. This is the kind of content their audiences eat up. And it's entirely pointless, of course, because health officials have given the virus a name that everyone can refer to and be understood. But right-wing media — and GOP politics more broadly — only succeeds if it has something to rail against, someone to blame, someone to demonize. Inflaming fights about the "Chinese virus," while pointless overall, serves this narrow and cynical end.