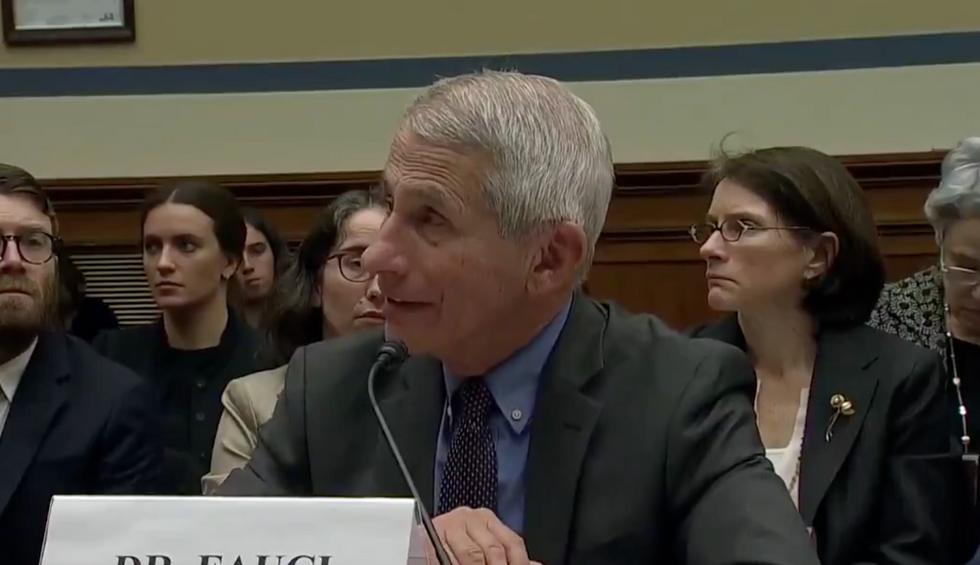 Dr. Anthony Fauci is one of the few officials in the Trump administration willing to explicitly contradict the president's cheerful spin about the emerging coronavirus crisis. And on Thursday, appearing before the lawmakers in the House of Representatives, he admitted to a key "failing" of the administration's response in an exchange with Rep. Debbie Wasserman Shultz (D-FL).

Wasserman Shultz zeroed in on the lack of adequate testing for coronavirus cases, which many experts believe has led to widespread underreporting of the infection.

"Basically, you seem to be saying — because you can't name anyone, specifically — that there's no one, specifically, in charge that we can count on to make sure people who need to be tested — health care workers or anyone else — there's not one person that can ensure that these tests can be administered?" she asked. "Yes or no?"

"My colleague is looking at me to answer," Fauci said of Redfield, indicating his hesitance. “The system is not really geared to what we need right now, what you are asking for. That is a failing."

"I mean, let’s admit it," Fauci said. "The fact is, the way the system was set up is that the public health component that Dr. Redfield was talking about, was a system where you put it out there in the public and a physician asks for it and you get it."

"The idea of anybody getting it, easily, the way people in other countries are doing it — we're not set up for that," he continued. "Do I think we should be? Yes. But we're not."

Fauci's response was a stark break with Trump's messaging. He has insisted that everyone who wants a test can get a test — even though this has been clearly, obviously false. The lack of adequate testing has been one of the greatest dangers thus far. Trump also hasn't admitted that his administration has failed in any way; instead, he insists that he is doing a great job. And the president has tried to suggest that the United States is performing much better against the virus than other countries have. As Fauci explained, there are key failures in the U.S. approach that other countries have avoided.