Public health officials must coddle and cajole Trump to get anything done. Meanwhile, people are dying 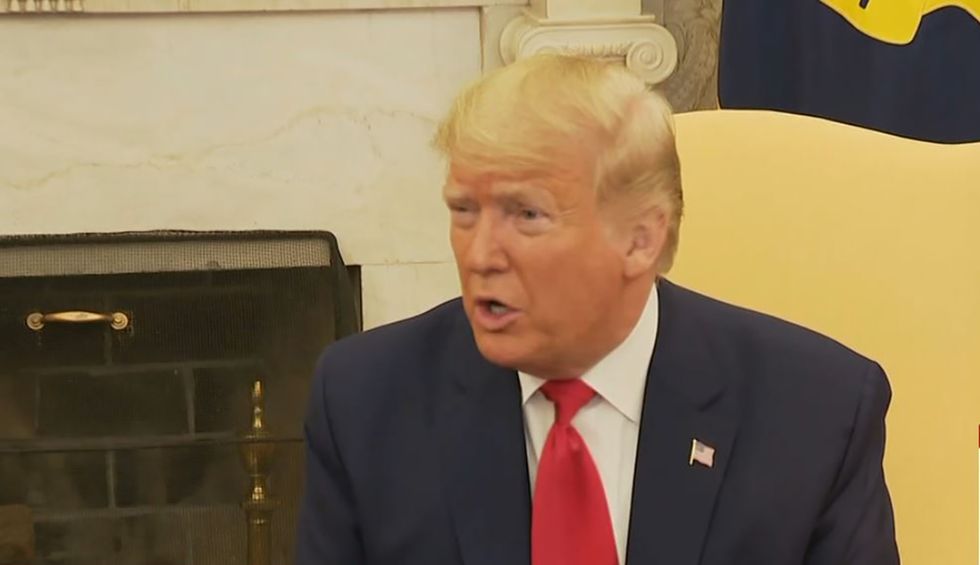 Last Wednesday, Donald Trump held his first press conference about the coronavirus epidemic. His point man on the crisis, Health and Human Services Secretary Alex Azar, made an important observation. He said, "What every one of our experts and leaders have been saying for more than a month now remains true: The degree of risk has the potential to change quickly, and we can expect to see more cases in the United States." Ann Schuchat of the Centers for Disease Control backed him up, saying that the U.S. can expect more cases. Then the president took the podium and totally contradicted them:

When you have 15 people, and the 15 within a couple of days is going to be down to close to zero, that's a pretty good job we've done.

Indeed. More than 100 cases have since been identified across the country, with nine deaths. Those numbers are growing rapidly. That hasn't stopped Trump's happy talk one bit. On Tuesday afternoon as he was setting off from the White House, a reporter asked him if he thought the virus was going to spread all across the country. He replied:

That is again a direct contradiction of what the health experts are all saying. The virus is spreading, and it's spreading exponentially.

Trump has been doing this from the beginning, apparently believing, like Tinker Bell that if he just claps his hands it will all go away. Or, to be more precise, if he just tells everyone that he's doing "a fantastic job" they won't notice that people are getting sick with this lethal virus all over the country and his government is botching the response.

The first problem is Trump's obvious ignorance of science and his inability to know when to shut up. On Monday, he held one of his cabinet room spectacles with CEOs of Big Pharma to talk about the possibility of a vaccine. Try as they might, they found it very difficult to make him understand that it was not possible to develop one that could be tested and distributed to the public any sooner than a year or so from now.

Our president may be a very stable genius, but he doesn't know how any of this works:

In a move reminiscent of the famous lecture undertaken by national security officials at the start of his term, culminating in former Secretary of State Rex Tillerson's famous comment that Trump was "a fucking moron," public health experts took the president to the National Institutes of Health on Tuesday, in hopes that they could illustrate for him the kind of work they must do to find a vaccine and therapeutic drugs to treat the virus. It is unclear from the press availability afterward that they were successful.

The Director of the National Institute of Allergy and Infectious Diseases, Dr. Anthony Fauci, had to go to great lengths to ensure that the president was happy. It is embarrassing that they have to put this in such juvenile terms:

So, what we did is we just had the opportunity to take the president and show him the actual individual researchers who are doing the things that we've been talking about. And what they were referring to is that the actual scientists — middle-level, senior, junior — were there and explained to the president what I have actually been explaining to the press, but showed it on graphics: How after the virus was identified, the sequence was taken and put into this platform called messenger RNA. And what happened is that, literally, within a period of a couple of days, we were able to stick it in.

NIH is the home of — I mean, I see so many different factors, and it's true — the greatest doctors. I've heard that for so long. I heard that from my uncle, Dr. John Trump. He — big fan of what you've done and how it started. And it's really been an incredible situation.

You may recall Trump mentioning his brilliant uncle, with whom he shares his excellent genes, once or twice:

This is a sentence spoken by Trump, not a piece of modernist stream-of-consciousness pastiche. https://t.co/vfhdKzg9Uy
— Stig Abell (@Stig Abell)1470766274.0

Fauci was clearly walking a fine line, as are all the experts, trying desperately not to offend the president with inconvenient facts while also trying desperately to impart information to ensure public safety. He said as much in an interview:

"You should never destroy your own credibility. And you don't want to go to war with a president," Fauci, who has been the country's top infectious diseases expert through a dozen outbreaks and six presidents, told POLITICO in an interview Friday. "But you got to walk the fine balance of making sure you continue to tell the truth."

It is obvious that the word has gone forth that all members of the crisis team must genuflect to Trump's great leadership before every briefing.

I am impatient with the people inside the administration, like the "Anonymous" op-ed author, who flatter themselves by insisting they are saving the republic by kowtowing to Trump. But these scientists are another story. They are literally trying to save lives and this president is so self-serving that they must play these games in order to appease him so he'll allow them to do their work.

Trump's obsession/focus on a vaccine is nuts. It is totally immaterial to the short-term challenges, which are subs… https://t.co/9MxpsYgcbW
— Chris Hayes (@Chris Hayes)1583277509.0

Hayes was referring to the fact that the most pressing problem is the lack of testing around the country as the virus grows unchecked. Researchers are fully capable of doing what needs to be done about finding a vaccine and therapies for the disease. Trump, however, is obsessed with a quick cure, so they all have to spend time educating him about it when they could be informing the public and speeding the response.

This absurd ritual is playing itself out all over the government. The New York Times reported on Tuesday :

Defense Secretary Mark T. Esper has urged American military commanders overseas not to make any decisions related to the coronavirus that might surprise the White House or run afoul of President Trump's messaging on the growing health challenge, American officials said.

The commander of U.S. forces in South Korea, where 4,000 cases have been identified, said he might have to make urgent decisions regarding the health of his troops.

Reportedly the latest briefing this week was much more sober and informative than they've been in the past. Unfortunately, they are not being televised.

No doubt this was done to prevent the president from hearing any bad news. But that also means the public won't hear it either.Heather Digby Parton, also known as "Digby," is a contributing writer to Salon. She was the winner of the 2014 Hillman Prize for Opinion and Analysis Journalism.
Report typos and corrections to: feedback@alternet.org.